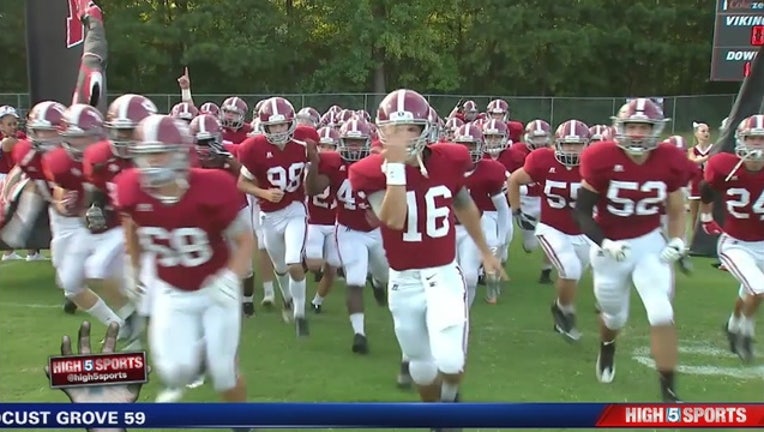 ATLANTA - Only the strong survive and for those reading, this can take comfort in knowing they survived. And the HIGH 5 Sports Team is grateful for those who did because that means they can catch all the best high school football action Friday night has to over in Georgia.

But we get some folks may be out at games or were just too busy to catch the Big Show which airs weekly Friday night at 11 p.m. all football season long. So, we compiled a recap right here. You’re welcome!

Here is a recap of all the week 3 action.

GAME OF THE WEEK: SWD at Creekside

Our Game of the Week featuring the SW DeKalb Panthers and the Creekside Seminoles.

CALL OF THE WEEK: Harrison at North Cobb

The Hoyas went head-to-head with the Warriors.

The Ridge at Mays

MIC'D UP: Lovett at BEST Academy

A good one in Coweta County, as the Panthers take on the Vikings.

Kyle McLaren in your face

The Braves matching up against New Manchester in Douglasville at Jaguar Stadium.

Forest Park Panthers were looking for their first win at Locust Grove, where the Wildcats would like the same.

Patriots taking on the Mustangs.

And that's it for week three! We'll be back again next Friday!