ATLANTA - Atlanta United announced Friday it has agreed a two-year contract with Gabriel Heinze to become the third head coach in club history.

Heinze comes to Atlanta after a two-and-a-half-year stint at Velez Sarsfield, which plays in Primera División, the highest level of the Argentine league system.

Heinze has quickly established himself as one of the top up-and-coming coaches in soccer realm. During the 2019-20 season, Heinze impressively led the third-youngest team in the 24-team league to a third-place finish.

"This is a milestone moment in Atlanta United history, and we couldn’t be more excited to welcome Gabriel as our next head coach," Club President Darren Eales said in a team release. "We cast the net widely for this important hire, and Gabriel quickly emerged as the No. 1 candidate. Gabriel is one of the top coaches in South American soccer and we are delighted that he chose Atlanta United. Whilst his resume speaks for itself, Gabriel’s playing philosophy and commitment to youth development closely align with our ideas at Atlanta United, and we are happy to welcome him as we move into our club’s next chapter." 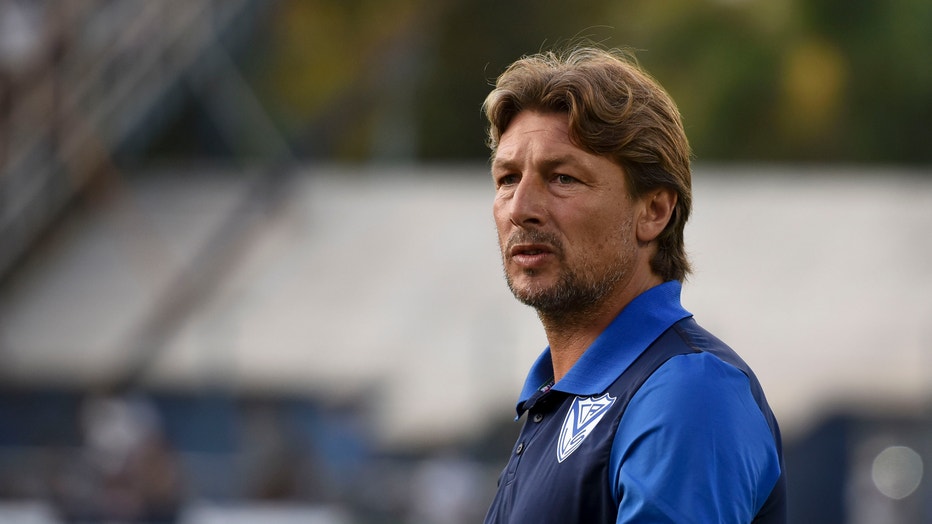 The Five Stripes will formally introduce the new head coach on Monday.

"I’m excited to be taking on this new challenge with Atlanta United," Heinze said in the team release. "I believe that my football philosophy is aligned with the vision of the club and their structure and facilities are world-class. I can’t wait to meet the players, the staff and the fans and get to work in 2021."

Heinze played for Manchester United, Real Madrid and Paris St. Germain before retiring in July 2014. The native Argentine made more than 450 appearances across his career in Europe, with more than 150 appearances coming in Ligue 1 in France, 98 in La Liga, 52 in the Premier League and 41 in the UEFA Champions League. Heinze scored 26 goals during his time in Europe and won seven major trophies, including league titles in England, Spain and France. He was also a fixture on the Argentine National Team for many years, playing in the 2006 and 2010 World Cups.

"Since we launched Atlanta United, our objective has been clear to play an aggressive, attack-minded style of play," Vice President and Technical Director Carlos Bocanegra said in the team release. "Gabriel fits that mold and has a dynamic playing style that aligns with the identity of our club, which is what we were specifically looking for in our next head coach. We’re excited to get him into Atlanta and to get to work on a promising 2021 season."