ATLANTA - After the Five Stripes went a franchise-record eight straight games without a win, the team's leadership decided it had seen enough of Gabriel Heinze.

The team announced Sunday that it has relieved the head coach of his duties, effective immediately. Assistant Coach Rob Valentino will take over as interim head coach.

Atlanta United President Darren Eales and Vice President and Technical Director Carlos Bocanegra said they were not picking one side over another.

"There were some issues that were concerning us that were not related to on the pitch or the Josef issue," Bocanegra said.

Eales added "there was a clash of personalities that got resolved (Saturday)."

After Heinze prohibited Martinez from training with the team for the last few weeks, Eales said Sunday that Martinez will be available for Atlanta United's next game at Cincinnati on Wednesday. 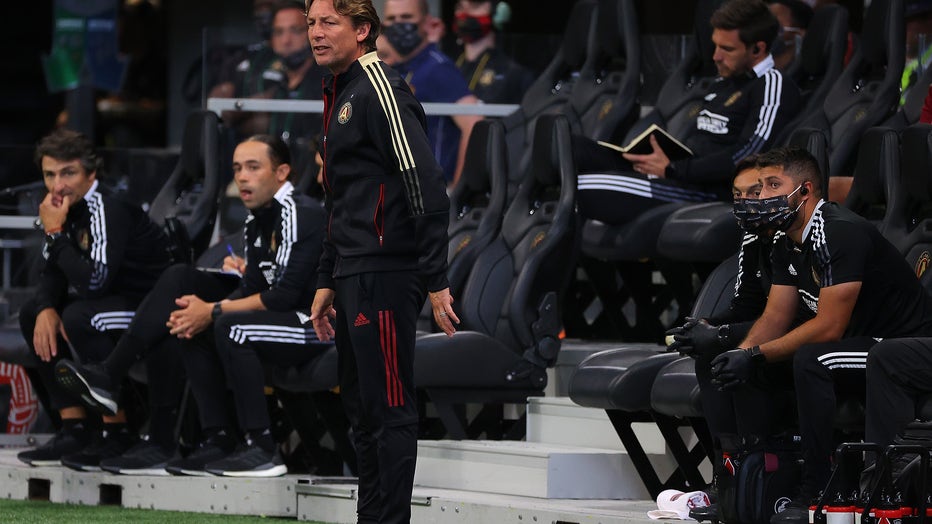 ATLANTA, GEORGIA - JUNE 20: Manager Gabriel Heinze of the Atlanta United looks to his team against the Philadelphia Union during the second half at Mercedes-Benz Stadium on June 20, 2021 in Atlanta, Georgia. (Photo by Kevin C. Cox/Getty Images)

Atlanta United compiled a 2-4-7 record under Heinze in the 2021 MLS regular season. In his 13 games at the helm, the club scored just 13 goals.

"I think it's been a tough last 14 months, from the Orlando bubble, where it was the right time to make the change (from Frank de Boer), through to obviously now," Eales said. "We went through an up-and-coming South American manager (in Heinze), and it just hasn't worked."

The team will not utilize a search firm to identify its next head coach. Eales and Bocanegra said they prefer to get it done "quickly, but also without haste and to do the due diligence."

Considering Atlanta United is just 13 games into its MLS season, Eales would not rule out hiring a new head coach outside of MLS, saying "we're going to cast the net wide and not narrow out any options."

Atlanta United plays at Cincinnati on Wednesday and hosts Columbus on Sunday, and the club is currently 10th in the Eastern Conference standings with 13 points.