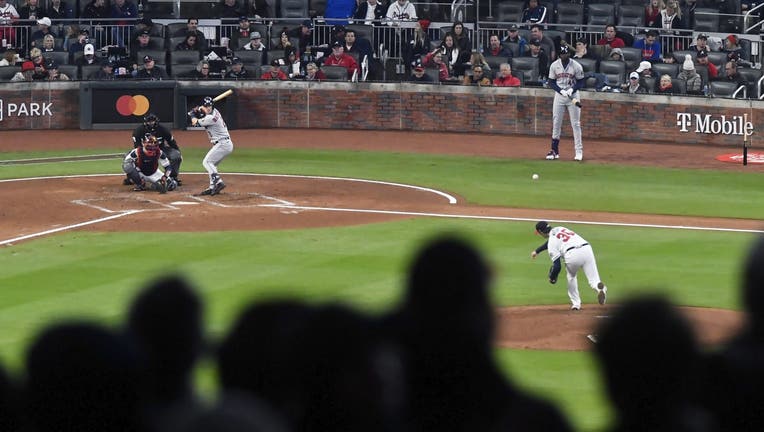 ATLANTA - The place was rocking, the pearl-clad fans sensing this truly was going to be a special night, the kind they’d been hopefully marking on the calendar for more than a quarter-century.

Surely after Adam Duvall launched one into the tabled seats in right field for a grand slam in the very first inning, the Atlanta Braves would be celebrating their first World Series title since 1995.

On their home field, no less, the 5-year-old stadium-slash-shopping mall where they’d been unbeatable through seven postseason games.

Then, Halloween took a frightening turn.

All tricks and no treats.

Now, an entire city is on edge again.

Needing one win to finish off the Houston Astros, the Braves squandered the early 4-0 lead provided by Duvall and lost 9-5 in Game 5 on Sunday night, a listless performance that left Truist Field so quiet you could hear a pearl drop.

The rookie starting pitcher couldn’t throw a strike. The defense looked shaky. The vaunted bullpen was lit up. Even the fashion craze sparked by Joc Pederson’s pearl necklace lost its luster.

"It’s a nine-inning ballgame," Duvall said. "We got excited, and that’s what you do when you hit home runs, but it’s a long game. That happened in the bottom of the first. It’s a nine-inning game, and they didn’t quit. They kept fighting." 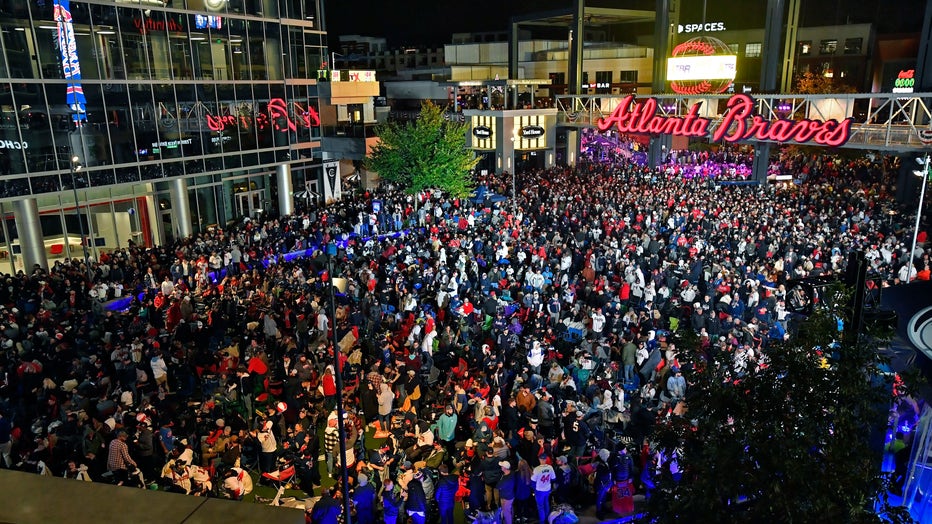 By the end, Duvall’s first-inning slam seemed a lifetime ago. The night trudged to a merciless ending exactly four hours after it started, with Game 4 hero Jorge Soler whiffing on the final pitch.

The shell-shocked fans headed out into the Battery shopping mall in no mood to party like they had the previous two nights.

"We weren’t able to get it going again and keep the pressure on, and that’s hats off to their pitchers," Duvall said. "They kept us there when they needed to."

Atlanta still leads the best-of-seven series 3-2, can still wrap it up with one more win, but the teams are heading back to Texas for the final one or two games that will be needed to settle things.

No matter how it turns out, the A-T-L was denied the sort of hometown celebration that has been seen only one other time in the city’s tortured sports history.

The Braves finished the ’95 World Series over the Cleveland Indians in Game 6 at the old Atlanta-Fulton County Stadium, winning 1-0 on David Justice’s homer and a combined one-hitter by Tom Glavine and Mark Wohlers.

That remains the lone championship an Atlanta big league team has captured in the four major American sports. 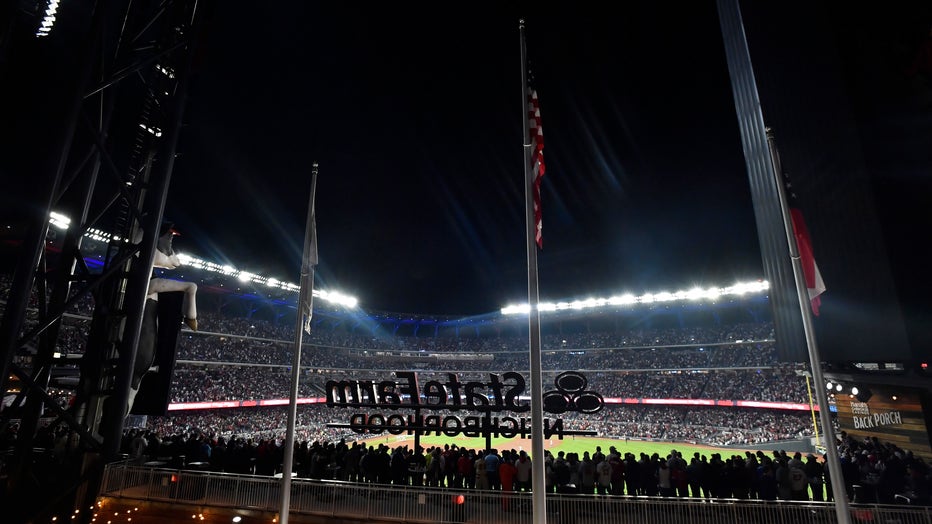 Another is still there for the taking, but it will have to come about 800 miles to the west, in a ballpark where the reception won’t be nearly as hospitable.

"It would have been great. You always love to do it here," Braves manager Brian Snitker said. "But I’ll take it anywhere. I don’t care where we’re at. If we win the World Series, it doesn’t matter where it is. I’d have loved to have done it in front of our fans. Hopefully, we can do it the next couple of days."

These next 48 to 72 hours figure to be quite a nail-biter for the city’s snake-bitten fans, who are scarred by all the close-but-no-champagne moments that have kept the title count at 1:

— The Braves melting down in 1996 when a second straight championship seemed a foregone conclusion after they won the first two World Series games at Yankee Stadium. Jim Leyritz still causes nightmares in these parts.

— The NFL Falcons blowing a 28-3 lead in the Super Bowl and losing to Tom Brady and the Patriots in overtime.

Will Sunday night’s loss join that hall of heartbreak? Or will it be a mere bump in the road to a title that’s still just 27 outs away?

Game 6 is Tuesday night in Houston.