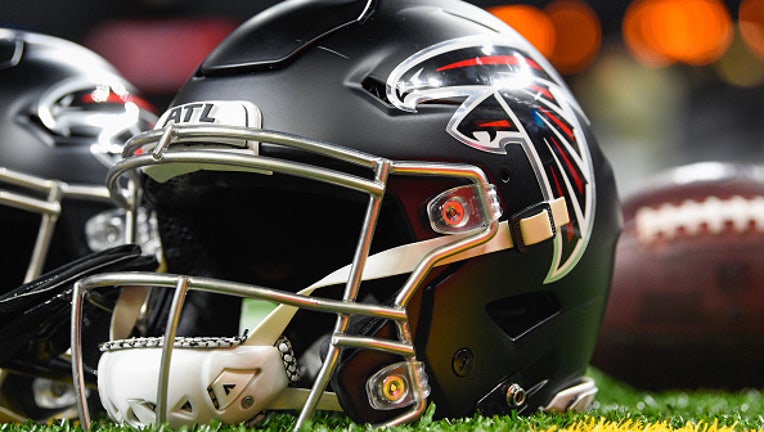 NEW ORLEANS, LA - NOVEMBER 07: A Falcon helmet sits near the sideline during warm ups before the football game between the Atlanta Falcons and New Orleans Saints at Caesar's Superdome on November 7, 2021 in New Orleans, LA. (Photo by Ken Murray/Icon

ATLANTA - The 2022 NFL schedule has officially been released, and we now know just who the Atlanta Falcons will open the season with come September.

The Falcons open the season in Atlanta at Mercedes-Benz Stadium with division rival New Orleans Saints before heading cross-country in a rare back-to-back west coast swing in Week 2 and 3 when they visit the defending champion Rams and the Seattle Seahawks in consecutive weeks.

The Falcons have two "flex" weeks late in the season: One with the Saints and one with the Bucs. Those times and dates will be determined by the NFL after the season unfolds.

FOX 5 is the home of the Falcons, with the majority of regular season games airing on FOX 5 in addition to two preseason pairings.

The award-winning FOX 5 Sports team will once again gain exclusive access to the Falcons giving fans an inside look and thoughtful analysis leading up to and throughout the season. Additionally, FOX 5 will showcase the Falcons off the field with in-depth, human-interest storytelling, bringing Falcons fans even closer to the team they love. 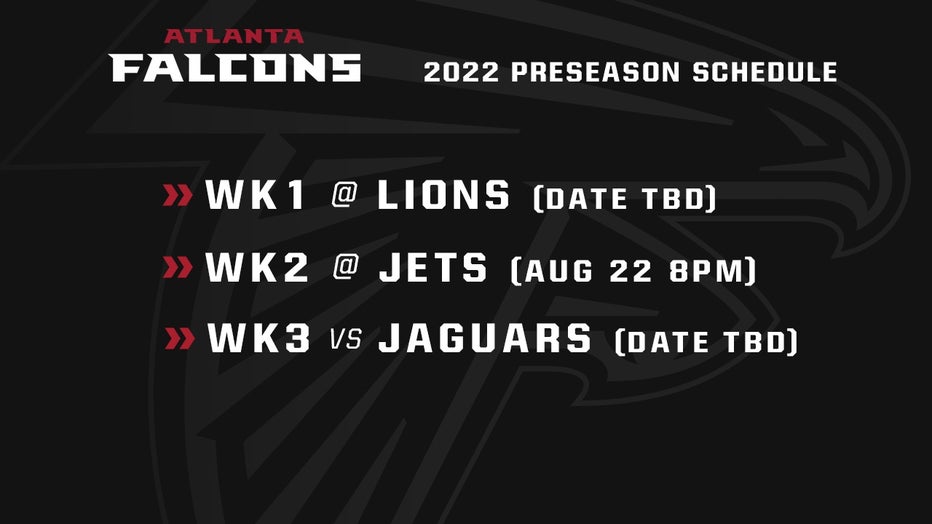 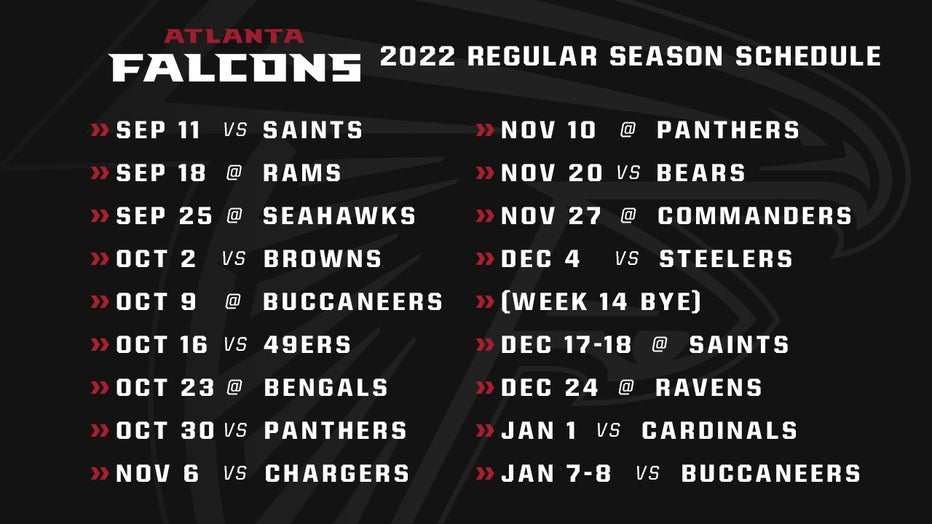 Hosted by FOX 5's Kelly Price and former Falcons wide receiver Harry Douglas, RISE UP TONIGHT will be a 30-minute show covering all areas of Falcons football through the eyes of Atlanta's culture. In addition to Falcons team analysis and high school game-of-the-week coverage, fans will get to know their favorite Falcons players on a more personal level through one-on-one interviews, community features entitled "Rise Up for Atlanta" and conversations with local Atlanta celebrities.

Hosted by FOX 5's Justin Felder and former Falcons quarterback D.J. Shockley, EARLY BIRDS will be a 30-minute morning show offering an in-depth preview and player interviews ahead of each upcoming game, as well as insight into the weekend's key college football storylines. Falcons Insiders Dave Archer, Matt Tabeek and Kelsey Conway will also provide analysis on what and who to watch in the upcoming game.