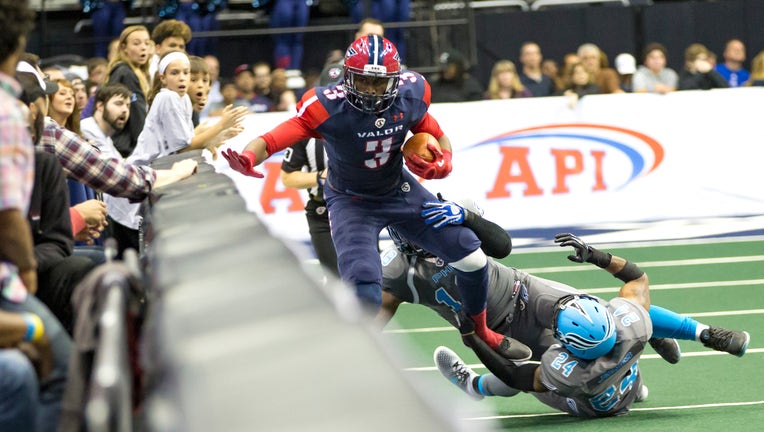 The Arena Football League’s future is in doubt after Commissioner Randall Boe announced Wednesday that it would shut down team and business operations for all six of its franchises.

Boe said the decision to halt operations was “a direct consequence of the current financial constraints facing the AFL,” including debt accrued by the league’s previous incarnations and a pending lawsuit filed by a workers' compensation insurance provider.

“Those liabilities, which are all related to prior League operations, severely constrain the League’s ability to expand and operate,” Boe said in a statement posted on the AFL’s website.

The AFL has experienced several financial highs and lows since it was founded in 1987. After featuring 19 franchises at its peak, the league was forced to declare bankruptcy and cancel its 2009 season. A reorganized version of the AFL resurfaced in 2010 and experienced early success, only to contract several franchises and suspend operations for a second time.

The National Union Fire Insurance Company sued in the AFL in New York Supreme Court earlier this month, alleging the league failed to pay premiums related to workers' compensation for its players from 2009 and 2012. The lawsuit claims the league owes more than $2.4 million in back payments.

The AFL has yet to determine whether it will permanently cease operations and plans to explore potential restructuring options. AFL executives will determine whether the league will continue “within the next few weeks” and will issue refunds as needed if it folds.

“We are exploring every possible avenue to continue bringing AFL football to our fans, including further evolutions to the current business model, and are engaging with prospective investors and supporters who are interested in seeing the League continue to grow,” Boe added.

At present, the AFL has six franchises – the Albany Empire, the Atlantic City Blackjacks, the Baltimore Brigade, the Columbus Destroyers, the Philadelphia Soul and the Washington Valor.

The AFL’s shutdown occurred just months after the Alliance of American Football, another upstart football league, folded midway through its inaugural season due to financial issues. A third league, a rebooted version of the XFL backed by WWE Chairman Vince McMahon, recently held its player draft and will kick off in February.

GET FOX BUSINESS ON THE GO BY CLICKING HERE