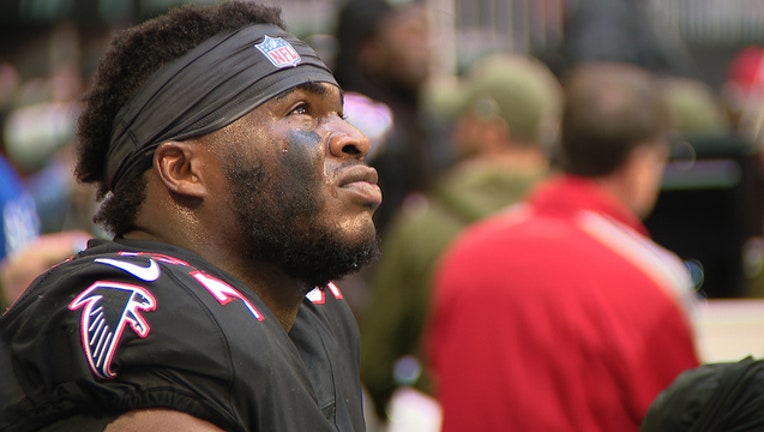 ATLANTA (AP) - Yet another last-minute loss might be the one that ends the Atlanta Falcons' playoff hopes.

Brett Maher's 42-yard field goal as time expired gave the Dallas Cowboys a 22-19 win over the Falcons on Sunday. Atlanta (4-6) has lost two straight after reviving its season with three straight wins.

The scenario at the end of the game seemed depressingly familiar for the Falcons. Four of the team's six losses have come either on the opponent's final possession or with the Falcons denied on their final opportunity.

The close losses have come in a season the team has lost both starting safeties and both starting guards to season-ending injuries. Linebacker Deion Jones came off injured reserve this week after missing two months but was inactive against Dallas. Running back Devonta Freeman also is on injured reserve and may return late in the season.

The Falcons might have to close the regular season with six straight wins to make the playoffs. That's a lot to ask, especially as they enter a short work week before Thursday night's game at NFC South-leading New Orleans.

The Falcons played in the Super Bowl only two years ago and won a playoff game last year. Now, only an unlikely winning streak could extend that modest streak of postseason appearances.

"For sure it's uphill," Falcons coach Dan Quinn said. "We know that. When you go into a locker room, it's emotional and guys are upset. ... Honestly, all our focus, all our energy, and intent are right into this week's preparation. That's the best thing we can do right now."

Julio Jones' brilliant 34-yard touchdown catch over cornerback Chidobe Awuzie with 1:52 remaining tied the game at 19-all. Then Quinn gambled on a defensive stop as he burned timeouts in hopes his defense could make a stop and give the ball back to Matt Ryan and the offense.

Instead, the Cowboys used a 10-play drive to set up Maher's game-winning field goal.

"We have been in position, but just have not been able to finish," said defensive tackle Grady Jarrett, who vowed he wouldn't give up on the season.

"Ain't no way around it," Jarrett said. "It is what it is. You've got to go back to work or you're going to sulk. I ain't sulking."

Before Jones' late touchdown catch, Atlanta's only offense came on four field goals by Matt Bryant, who was perfect in his return after missing three games with a hamstring injury. Bryant, 43, used a heating pad on the sideline to stay loose.

"It was a good game, I guess, as far as I got through everything OK," Bryant said. "Obviously, I'd rather have the win."

Highlights? There weren't many. Jones had six catches for 118 yards. He's had a touchdown catch in three straight games but didn't talk with reporters after the game. Vic Beasley Jr. had two sacks .

A pass from Ryan bounced off the hands of rookie Calvin Ridley and was intercepted by rookie linebacker Leighton Vander Esch in the fourth quarter, setting up Ezekiel Elliott's 23-yard touchdown run for a 19-9 lead.

"The ball got on me quick and the dude picked it," Ridley said.

The Falcons rallied to pull even, but again couldn't win late.

"We have won a lot of games on the other side of it but this year, unfortunately, we have been on the wrong side of that," Jarrett said. "We have got to find a way to get right."