TUSCALOOSA, Ala. - Alabama quarterback Tua Tagovailoa has announced that he will enter the 2020 NFL draft, skipping his senior season with the Crimson Tide 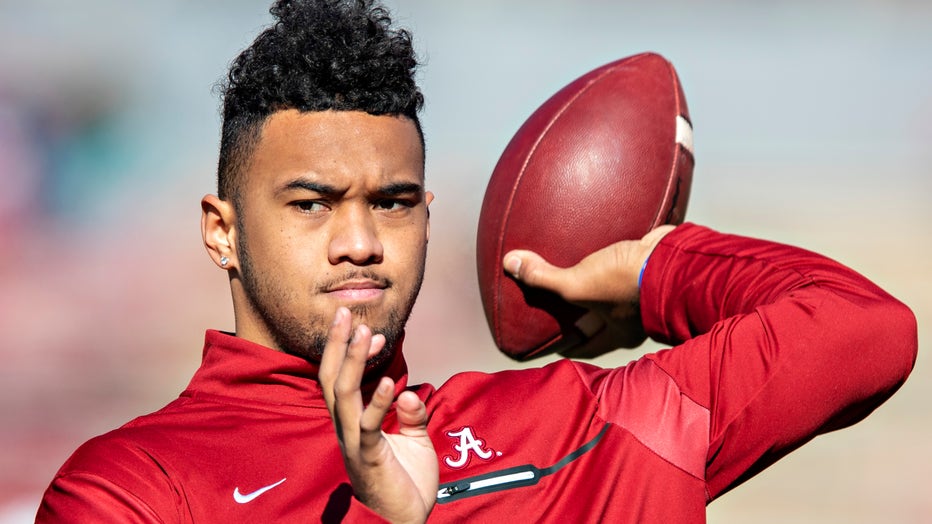 Tua Tagovailoa has announced he will be entering the 2020 NFL draft. (Wesley Hitt/Getty Images)

Tagovailoa, who is recovering from a season-ending hip surgery, has not played since being injured at Mississippi State on Nov. 16.

In November, Alabama’s team surgeon said the quarterback's prognosis was “excellent," but said that there is no timeline for his recovery.

The 2018 Heisman Trophy runner-up, Tagovailoa emerged as a likely high draft pick - possibly No. 1 overall - with fans of downtrodden NFL teams using the Twitter hashtag “Tankfortua” to show their hopes of getting the QB in the draft.