Between moves in free agency, and the NFL Draft, Atlanta added quite a bit of talent this offseason. Sudu Upadhyay examines five of the most intriguing additions to watch closely in training camp.

ATLANTA - The Atlanta Falcons opened training camp earlier in the week, and although they can't officially hit the field until some COVID-19 protocols are met, there's already a buzz around the city to see what this 2020 squad will look like.

Between moves in free agency, and the NFL Draft, Atlanta added quite a bit of talent this offseason. Here are five of the most intriguing additions to watch closely in training camp: 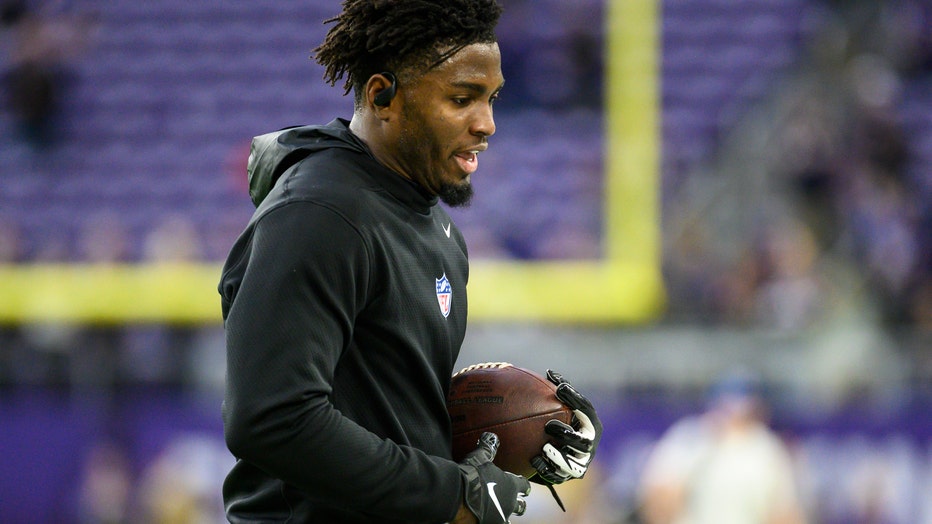 MINNEAPOLIS, MN - DECEMBER 29: Laquon Treadwell #11 of the Minnesota Vikings warms up before the game against the Chicago Bears at U.S. Bank Stadium on December 29, 2019 in Minneapolis, Minnesota. (Photo by Stephen Maturen/Getty Images)

Treadwell is a former five-star prospect, who dominated the college ranks, finishing his career at Ole Miss in 2015 as one of the best pass catchers to not only come through the school, but also the Southeastern Conference.

After leading all other SEC receivers in total receiving yards and touchdowns in his junior season, Treadwell chose to leave for the NFL Draft early, and  was selected in the first round by the Minnesota Vikings.

But, Treadwell failed to live up to the hype in his four seasons with the Vikings.

Now, Treadwell looks for a fresh start, and an opportunity to learn from Julio Jones, and his peer Calvin Ridley. It will be interesting to see if a change in scenery, and a new system can help Treadwell maximize the athleticism and physicality that made him a first round pick in 2016. 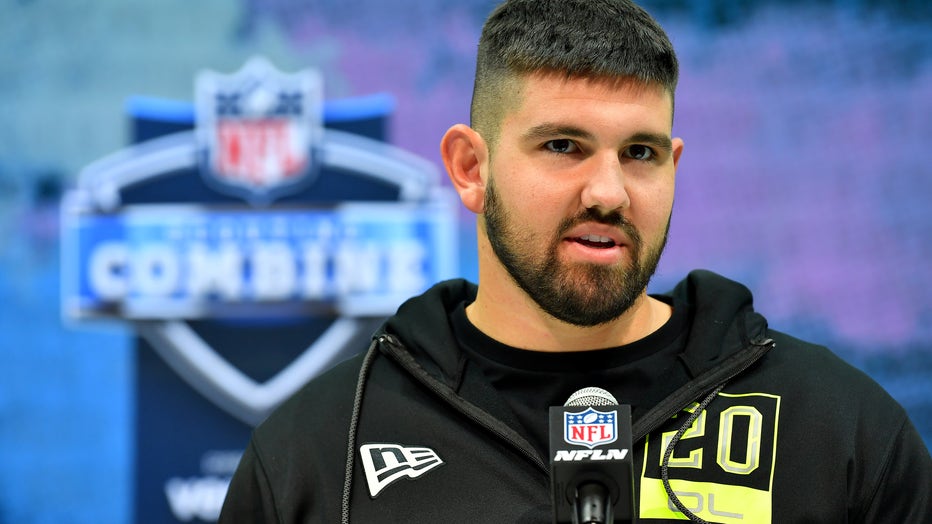 The Falcons drafted Hennessy in the third round of the 2020 NFL Draft as the future replacement for veteran center Alex Mack. If replacing Mack is the goal, then Hennessy is as close to a clone of Mack as you can get.

Hennessy and Mack share similar height and weight measurements, and their NFL combine numbers are close in comparison as well.

Hennessy will most likely start his career at the left guard spot however, where he'll most likely compete with James Carpenter for the starting job. Hennessy is big, he's strong, and technically sound. It'll be interesting to watch how quickly the former Temple Owl can pick up pro concepts and schemes. 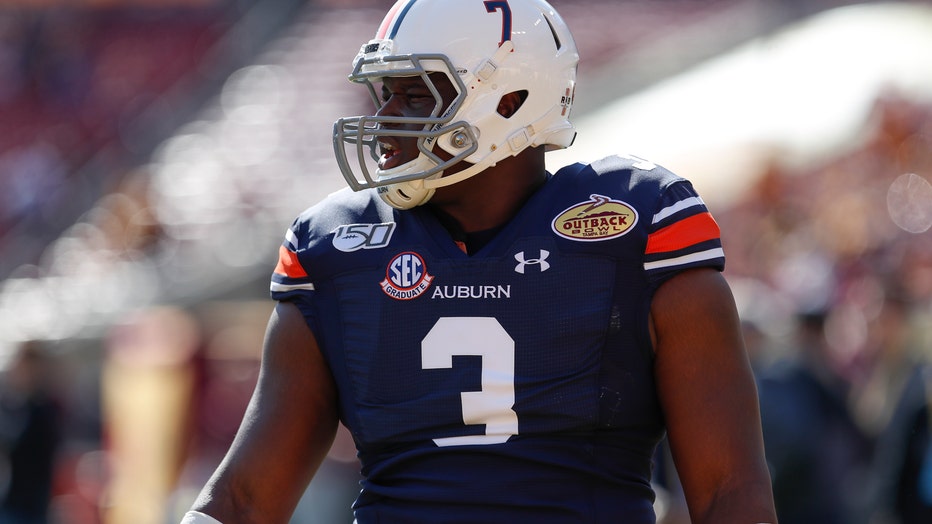 Atlanta selected Davidson in the second round last April to bolster its defensive line. Davidson comes into the league after posting 48 total tackles, six and half sacks, and 12 tackles for loss for the Auburn Tigers in 2019.

Davidson is expected to line up next to All-Pro defensive tackle Grady Jarrett on the interior, but he's also shown the versatility to line up on the edge as well.

The Falcons have been lacking a truly dominant pass rushing unit, and they hope Davidson, along with newly acquired defensive end Dante Fowler Jr. can create a perfect pass rushing storm with Jarrett. Training camp will show us how ready Davidson truly is for the pro level, and if he's got what it takes to get significant snaps right away 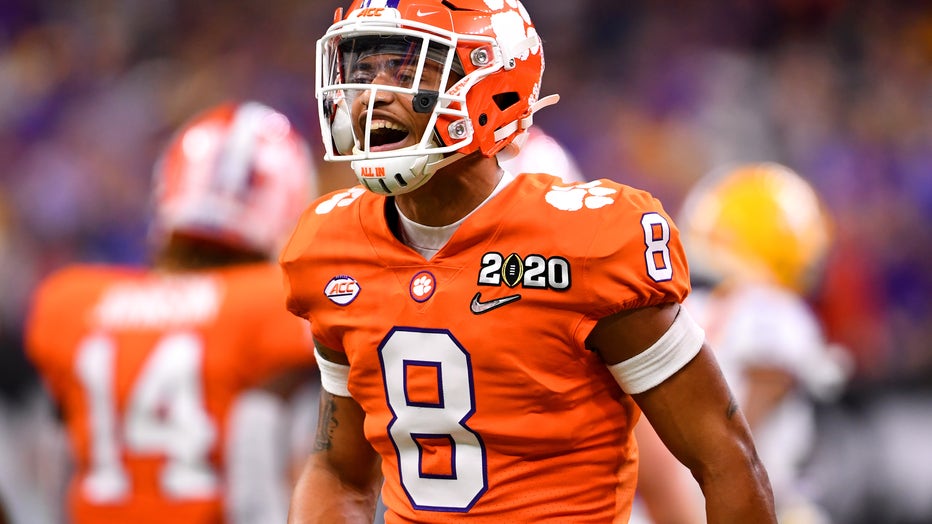 NEW ORLEANS, LA - JANUARY 13: A.J. Terrell #8 of the Clemson Tigers celebrates a defensive stop against the LSU Tigers during the College Football Playoff National Championship held at the Mercedes-Benz Superdome on January 13, 2020 in New Orleans, L

Atlanta knew it had to address its struggling secondary with the 16th overall pick in the 2020 NFL Draft, and the Falcons did just that by selecting Terrell.

Terrell was a standout at Clemson, and although his draft stock took a hit after a less than stellar performance against LSU in the College Football Playoff National Championship, Terrell's entire body of work at Clemson implies he has the ability to be an impact cornerback in the NFL.

Terrell is fast, tall, rangy, and seems to have the physicality to matchup against the elite receivers of the NFC South. Word from the Falcons is that Terrell is already showing leadership qualities, and impressed defensive coordinator Raheem Morris during the virtual offseason.

Terrell will get the opportunity to prove himself right away when he goes up against Julio Jones and Calvin Ridley in training camp. 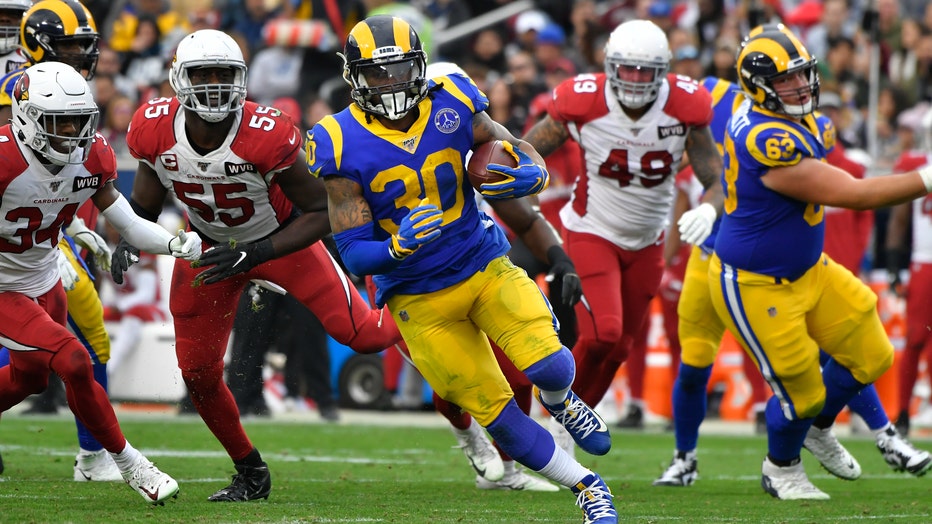 The Falcons parted ways with longtime starting running back Devonta Freeman this offseason, and signed Todd Gurley, the biggest offseason addition for the team.

But, there are concerns about Gurley's ability to shoulder a heavy load. At his peak Gurley led the NFL in touchdowns, but a chronic left knee injury saw his statistical numbers take a dip in 2019.

Despite the injury, Atlanta is confident by using a committee approach in the backfield that Gurley can be a dangerous runner, and add another element to the passing game out of the backfield.

Gurley will undoubtedly be the most closely watched, and talked about player during training camp.