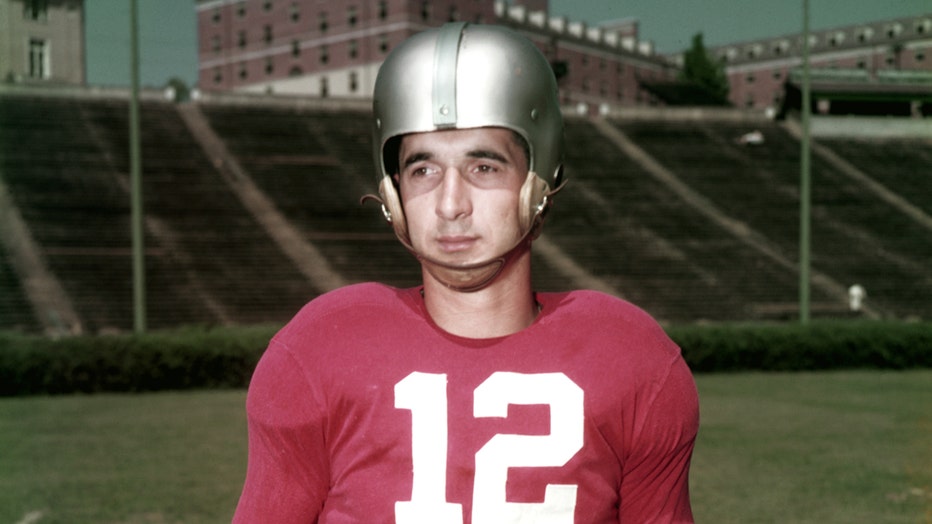 Zeke Bratkowski poses for a photo at Sanford Stadium in Athens, Georgia. (University of Georgia/Collegiate Images via Getty Images)

Bratkowski, aka "The Brat," was born on Oct. 20, 1931 in Danville Illinois. Starting in his sophomore season, he spent three years playing for the Bulldogs under head coach Wally Butts. In that time he earned All-American honors as the team's quarterback, becoming the nation's leading passer in '52 and '53, UGA officials said.

After college, he was selected by the Chicago Bears in the 1954 NFL draft. He spent 14 years in the NFL with the Bears, Los Angeles Ram, and, most importantly, the Green Bay Packers. With the Packers, he was known as the "Super Sub" backup of starter Bart Starr, helping the team win three consecutive World Championships, including Super Bowls in 1996 and 1997.

Bratkowski stayed on the field even after his quarterback career He went on to work as an offensive coordinator and assistant coach with the Green Bay Packers, Chicago Bears, Baltimore Colts, Indianapolis Colts, NY Jets, Cleveland Browns, and Philadelphia Eagles.