SAN FRANCISCO - YouTube announced Wednesday that it will block all anti-vaccine content on its platform, expanding beyond COVID-19 vaccines to include content that alleges any of the approved vaccines cause chronic health effects or contains misinformation about the substances in vaccines.

As part of its new policy, the online video giant has also taken down the YouTube channels of several well-known anti-vaccine advocates, including those belonging to Joseph Mercola and the Children’s Health Defense Fund, a Robert F. Kennedy, Jr-affiliated channel.

"We’ve steadily seen false claims about the coronavirus vaccines spill over into misinformation about vaccines in general, and we're now at a point where it's more important than ever to expand the work we started with COVID-19 to other vaccines," YouTube, which is owned by Google, said in a blog post.

All vaccines currently approved and confirmed to be safe and effective by local health authorities and the World Health Organization are part of this new policy.

Banned content includes videos that falsely allege that approved vaccines are dangerous and cause chronic health effects, claims that vaccines do not reduce transmission or contraction of the disease, or videos that contain misinformation on the substances contained in vaccines, the company said.

"This would include content that falsely says that approved vaccines cause autism, cancer or infertility, or that substances in vaccines can track those who receive them," YouTube said in the post. "Our policies not only cover specific routine immunizations like for measles or Hepatitis B, but also apply to general statements about vaccines."

There are exceptions to the new policy: YouTube will still allow people to give testimonials and make vaccine claims based on their own personal experience, as well as allow scientific discussion and debate about vaccine policies, new vaccine trials and historical vaccine successes or failures.

A YouTube spokesperson confirmed the removal of several high-profile channels, which also include those belonging to Erin Elizabeth and Sherri Tenpenny. 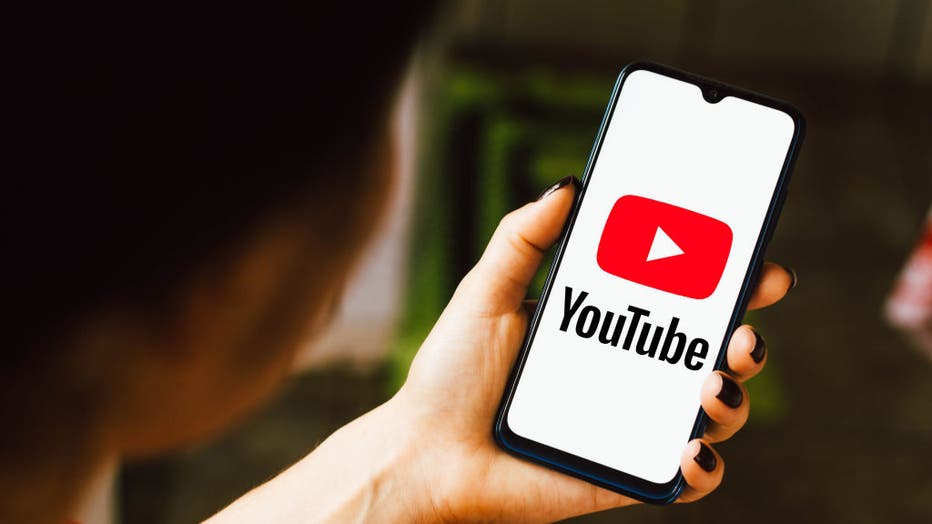 BRAZIL - 2021/09/28: In this photo illustration the YouTube logo seen displayed on a smartphone. (Photo Illustration by Rafael Henrique/SOPA Images/LightRocket via Getty Images)

Elizabeth, Tenpenny, Kennedy, Jr., and Mercola are all included in a 2021 "disinformation dozen" list by the Center for Countering Digital Hate. The report says just these 12 anti-vaccine advocates online have been responsible for up to 65% of all anti-vaccine content circulating on social media.

Kennedy Jr., who founded the group Children’s Health Defense known for its anti-vaccine activities and was also impacted by the new YouTube policy, has amassed a huge following on social media for frequent posts about debunked or unproven vaccine claims. The son of former presidential candidate Robert F. Kennedy also uses his social media pages to post about large pharmaceutical firms and environmental health concerns.

The controversial environmental lawyer has for years helped to popularize a debunked conspiracy theory that vaccines may cause autism, according to the Associated Press. Repeated scientific studies in the U.S. and abroad have found no evidence linking vaccines to the developmental disorder.

In February, Instagram banned Kennedy Jr. from its platform for repeated posts offering misinformation about vaccine safety and COVID-19.

Mercola, an osteopathic physician, was labeled as "the most influential spreader of coronavirus misinformation online" in a New York Times report. Mercola has been criticized and even faced government regulatory actions for promoting unproven or unapproved treatments. The Times reported this summer that his COVID-19 vaccine misinformation had been widely shared on Facebook, Twitter, Instagram and YouTube.

In a statement, Mercola said the world is "becoming increasingly aware of the rampant corruption in the media, and are rising up against tyrannical governments and the pharmaceutical industry that are coordinating this assault on our freedom and civil rights."

"Anyone who asks questions or challenges the hard sell is immediately censored on social media. State governments and employees, health care workers and emergency responders face loss of their jobs for refusing the vaccine," the statement reads in part.

Representatives for Elizabeth, Tenpenny and Kennedy, Jr. did not immediately respond to a request for comment.

Youtube, Facebook and Twitter banned misinformation about COVID-19 early on in the pandemic but a deluge of false claims about the virus has proved challenging for the platforms. YouTube said it has removed over 130,000 videos for violating its coronavirus vaccine policies since last year.

Matt Halprin, YouTube’s vice president of global trust and safety, told the Washington Post that it didn’t act sooner on all anti-vaccine content because it was focusing on misinformation specifically about COVID-19 vaccines. But the company expanded the ban after seeing incorrect claims about other vaccines contributing to coronavirus vaccine fears.

There are now "at least hundreds" of moderators at YouTube working specifically on medical misinformation, Halprin told the outlet. The policy will be enforced in dozens of languages.