ATLANTA - A driver who was going the wrong way on Georgia 400 has died in a head-on collision Saturday morning.

Police say the driver somehow took a wrong turn and ended up going the wrong way on the road. He was killed in the crash.

Crews are working to remove the vehicles on northbound 400 a little before 8 a.m. Saturday after what Atlanta police confirmed was a wrong-way driver crash.

Officials believe the driver did not cross the median but instead made a wrong turn onto the road.

Police described the driver of the black car going the wrong way down northbound Ga. 400 as a male in his early 20's. He did not survive the crash. 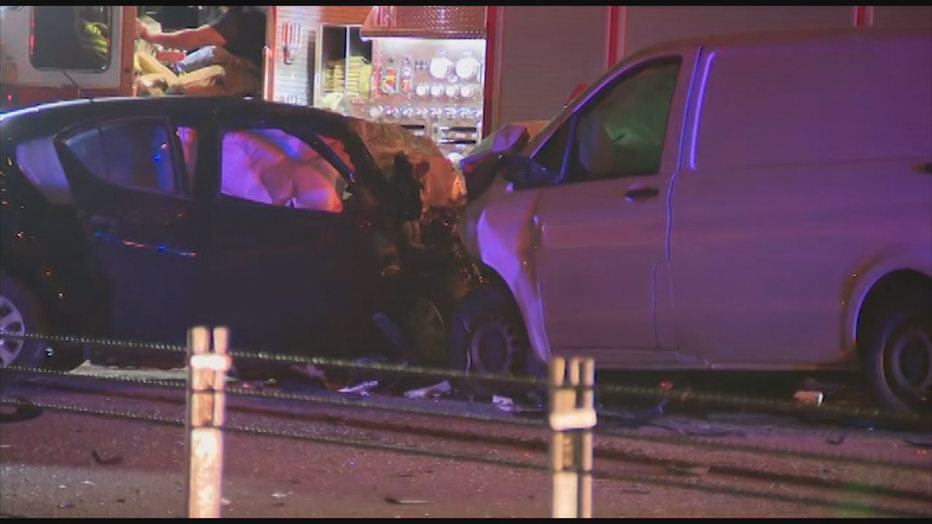 The driver who was going the wrong way on Ga. 400 was killed in the crash.

The driver in the other vehicle involved, a white van, has not been identified, but police say they suffered non-life threatening injuries.

The accident causes all lanes of Ga. 400 to be closed while officials work to clear the debris and wreckage, causing traffic to back up and major delays. Police believe the lanes will be opened again shortly.