You may have heard — it's a Snitker family affair in the World Series. Astros hitting coach Troy Snitker is the son of Braves manager Brian Snitker. Both were a game away from the World Series last season, and this year's Fall Classic is "something we were praying and hoping would happen." FOX 5 Sports' Kelly Price reports on the unique family connection in this World Series.

HOUSTON - No matter how this year’s World Series ends, a Snitker will get a championship ring.

This edition of the Fall Classic is a family affair with Atlanta Braves manager Brian Snitker in the dugout opposite his son, Houston Astros co-hitting coach Troy Snitker.

Close their whole lives, they’ll be rivals when the teams take the field Tuesday night for Game 1.

"Quite honestly, tomorrow at 7:09 or whatever, he’s going to want to kick my (butt)," dad said Monday.

But on the eve of the game, the elder Snitker still found time to play the role of proud papa when talking about his son’s success.

"I kind of validated the fact that maybe I did something right, the way he turned out," he said. "He’s a heck of a young man."

Troy Snitker grew up in clubhouses and dugouts, following his father as he toiled as a minor league skipper for most of his childhood. Brian Snitker taught his son so much during that time, but as he watched him bounce around teams from Macon, Georgia, to Myrtle Beach, South Carolina, it was not what he said, but what he did that served as the most important lesson.

"Just his work ethic," the 32-year-old Snitker said. "I think that’s the biggest thing that I’ve taken away from him, being able to watch him from a young age at the ballpark. He’s so consistent, hard working. He’s the same guy every day when you’re in the clubhouse with him." 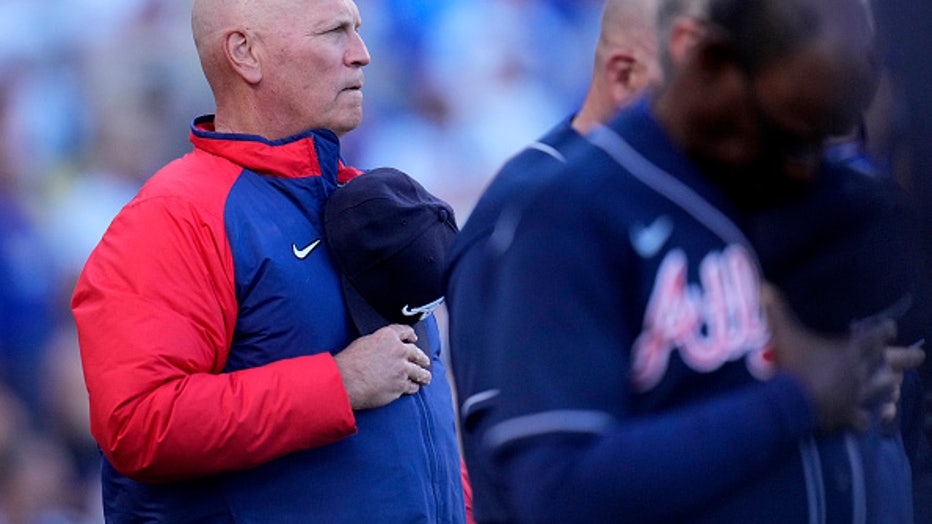 The 66-year-old Snitker spent 15 seasons a manager for various Braves’ farm teams before working as Atlanta’s third base coach from 2007-2013. He was the manager of the Triple-A Gwinnett Braves from 2013 until becoming the big league club’s interim manager when Fredi González was fired in May 2016.

Brian got the job full-time in 2017 and has led the Braves to the postseason in each of the last four seasons.

"He’s just, he’s been through so much in his career where there were plenty of times where he could have easily decided to go do something else," his son said. "But he stuck with it."

Troy Snitker coached in college for a bit before joining the Double-A Corpus Christi Hooks as their hitting coach in 2018. He spent just one season there before moving on to work for Houston’s major league club. 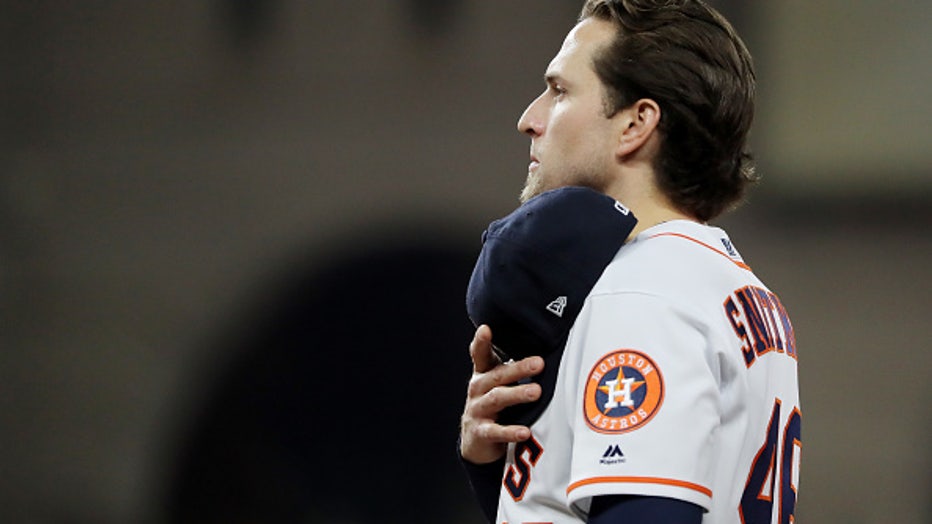 HOUSTON, TEXAS - OCTOBER 22: Hitting coach Troy Snitker #46 of the Houston Astros stands for the national anthem prior to Game One of the 2019 World Series against the Washington Nationals at Minute Maid Park on October 22, 2019 in Houston, Texas. (P

Brian Snitker is impressed with the way his son has incorporated the things he learned about baseball growing up with his dad with the newer side of the sport.

"I love the fact that he’s meshed (things)," Brian Snitker said. "Because I raised him in a dugout, on a bus, on the field a long, a long time ago before analytics were ever invented. I think he’s a good blend of the old-school way of doing things and he’s very open and gets all the new information that’s out there. I think it’s a good mix."

The entire family is, of course, thrilled about two Snitkers being in the World Series. But for Ronnie Snitker, wife of Brian Snitker and Troy Snitker’s mom, navigating through this week might be a bit difficult.

No telling yet what she’ll wear, how she’ll represent her family’s teams.

"I think she’s just slightly overwhelmed at the moment trying to get her mind around the concept that this is actually happening," Troy Snitker said.

And after the Snitker men finishing raving about each other, they both agreed that the true star of this week is Ronnie.

"If it wasn’t for her, he or I wouldn’t be here honestly," her husband said. "She’s allowed Troy and myself to follow our dream, and we’re very appreciative."