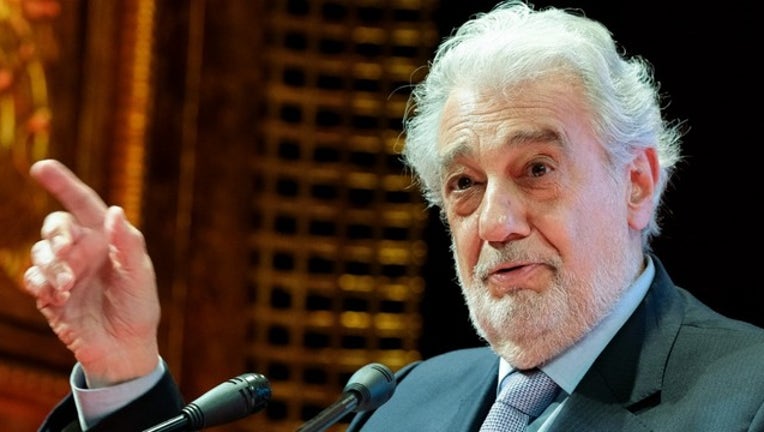 For decades, Placido Domingo, one of the most celebrated and powerful men in opera, has tried to pressure women into sexual relationships by dangling jobs and then sometimes punishing the women professionally when they refused his advances, numerous accusers told The Associated Press.

Regarded as one of the greatest opera singers of all time, Domingo also is a prolific conductor and the director of the Los Angeles Opera. The multiple Grammy winner is an immensely respected figure in his rarefied world, described by colleagues as a man of prodigious charm and energy who works tirelessly to promote his art form.

At 78, Domingo still attracts sellout crowds around the globe and continues adding to the 150 roles he has sung in 4,000-plus performances, more than any opera singer in history.

But his accusers and others in the industry say there is a troubling side to Domingo - one they say has long been an open secret in the opera world.

Eight singers and a dancer have told the AP that they were sexually harassed by the long-married, Spanish-born superstar in encounters that took place over three decades beginning in the late 1980s, at venues that included opera companies where he held top managerial positions.

One accuser said Domingo stuck his hand down her skirt and three others said he forced wet kisses on their lips - in a dressing room, a hotel room and at a lunch meeting.

"A business lunch is not strange," said one of the singers. "Somebody trying to hold your hand during a business lunch is strange - or putting their hand on your knee is a little strange. He was always touching you in some way, and always kissing you."

In addition to the nine accusers, a half-dozen other women told the AP that suggestive overtures by Domingo made them uncomfortable, including one singer who said he repeatedly asked her out on dates after hiring her to sing a series of concerts with him in the 1990s.

The AP also spoke to almost three dozen other singers, dancers, orchestra musicians, members of backstage staff, voice teachers and an administrator who said they witnessed inappropriate sexually tinged behavior by Domingo and that he pursued younger women with impunity.

Domingo did not respond to detailed questions from the AP about specific incidents, but issued a statement saying: "The allegations from these unnamed individuals dating back as many as thirty years are deeply troubling, and as presented, inaccurate.

"Still, it is painful to hear that I may have upset anyone or made them feel uncomfortable - no matter how long ago and despite my best intentions. I believed that all of my interactions and relationships were always welcomed and consensual. People who know me or who have worked with me know that I am not someone who would intentionally harm, offend, or embarrass anyone.

"However, I recognize that the rules and standards by which we are - and should be - measured against today are very different than they were in the past. I am blessed and privileged to have had a more than 50-year career in opera and will hold myself to the highest standards."

Seven of the nine accusers told the AP they feel their careers were adversely impacted after rejecting Domingo's advances, with some saying that roles he promised never materialized and several noting that while they went on to work with other companies, they were never hired to work with him again.

Only one of the nine women would allow her name to be used - Patricia Wulf, a mezzo-soprano who sang with Domingo at the Washington Opera. The others requested anonymity, saying they either still work in the business and feared reprisals or worried they might be publicly humiliated and even harassed.

The accusers' stories lay out strikingly similar patterns of behavior that included Domingo persistently contacting them - often calling them repeatedly at home late at night - expressing interest in their careers and urging them to meet him privately for a drink or a meal, or at his apartment or hotel room, under the guise of offering professional advice.

None of the women could offer documentation, such as phone messages, but the AP spoke to many colleagues and friends who they confided in. In addition, the AP independently verified that the women worked where they said they did and that Domingo overlapped with them at those locations.

The AP has withheld certain details in cases where it could lead to identification of the accuser.

Two of the women said they briefly gave in to Domingo's advances, feeling they couldn't risk jeopardizing their careers by saying no to the most powerful man in their profession.

One of them said she had sex with him twice, including at the Biltmore hotel in Los Angeles. When Domingo left for a performance, the woman said, he put $10 on the dresser, saying, "I don't want you to feel like a prostitute, but I also don't want you to have to pay to park."

Many of the accusers said they were warned repeatedly by colleagues to never be alone with Domingo, even in an elevator. If they did join him for a meal, they said they were told to avoid alcohol and meet at a public place - for lunch, not dinner.

The women making the accusations were mostly young and starting their careers at the time.

Several said they took extreme measures to avoid Domingo, including no longer using the ladies' room near his office, asking other singers or backstage staff to stick with them while at work, and not answering their phones at home.

The dancer called her avoidance technique "the bob and weave, the giggle and get out," and one soprano labeled it "walking the tightrope."

Domingo's influence in the opera world is so great that Wulf was the only person among the dozens who talked to the AP who spoke on the record. And many of those who spoke did so reluctantly, fearing retribution but also not wanting to inflict collateral damage on the industry itself.

But ultimately, those who talked to the AP said they felt emboldened by the #MeToo movement and decided the most effective way to attack the entrenched sexual misconduct in their industry was to call out the behavior of opera's most prominent figure.

"There is an oral tradition of warning women against Placido Domingo," said a mezzo-soprano who worked at the LA Opera but is not among the accusers. She echoed advice that several women said they had received: "Avoid interaction with him at all costs. And definitely don't be alone with him."

"Am I going to be the target or not?"

Another mezzo-soprano who is one of the accusers was 23 and singing in the LA Opera chorus when she first met Domingo in 1988.

After that incident, she said, Domingo started calling her at home frequently, although she had not given him her number. He told her she was a talented singer with a promising future and he wanted to help her.

"I hadn't started my career yet. I was completely flattered. And floored. And excited," she said. "Then it got creepier."

"He would say things like, 'Come to my apartment. Let's sing through some arias. I'll give you coaching. I'd like to hear what you can do for casting.'"

Over the course of the next three years, she said, he was uncomfortably affectionate, slipping a hand around her waist when they crossed backstage or giving her a kiss on the cheek a bit too close to the mouth. He knew the key codes for the dressing rooms and would enter uninvited, she said, which she said she assumed was to catch her undressed.

Domingo was an artistic consultant at LA Opera in the 1980s when his stardom went mainstream. Newsweek magazine dubbed him "The King of The Opera" in a 1982 cover story and he appeared on popular television shows like "Sesame Street," where a character, Placido Flamingo, was named for him. His collaboration in the "Three Tenors," with the late Luciano Pavarotti and Jose Carreras, produced the best-selling classical recording of all time.

Rather than offend Domingo and risk losing future assignments, the mezzo-soprano said she strenuously tried to avoid being alone with him, while also striving not to insult him. But he did not take the hint, she said, and resumed his unwelcome pursuit whenever he returned to Los Angeles.

One night, she said, she agreed to meet Domingo about 11 p.m. "and then I had a full-blown panic attack. I freaked out, and I just kept not answering the phone. He just filled up the machine, calling me until 3:30 in the morning."

She said she didn't report his behavior because "that just wasn't done" and also feared any misstep could kill her career.

Singers and administrators would "smile and shrug," she said. "Everybody would see me running around to avoid him and laugh it off. That's how everybody dealt with Placido."

One backstage staff member said many felt Domingo was pursuing the mezzo-soprano "in some way that she was not wanting. We were all aware of that." And a male singer and friend told the AP that he remembered the singer seeking his advice about how to navigate the situation.

The mezzo-soprano said she would mentally prepare herself for the star's returns to Los Angeles. "I used to steel myself when he was in town, thinking, 'Am I going to be the target or not? What will I say to him when he asks me again? How am I going to get out of it?'"

She said she had sex with Domingo on two occasions, at the Biltmore and at his Los Angeles apartment.