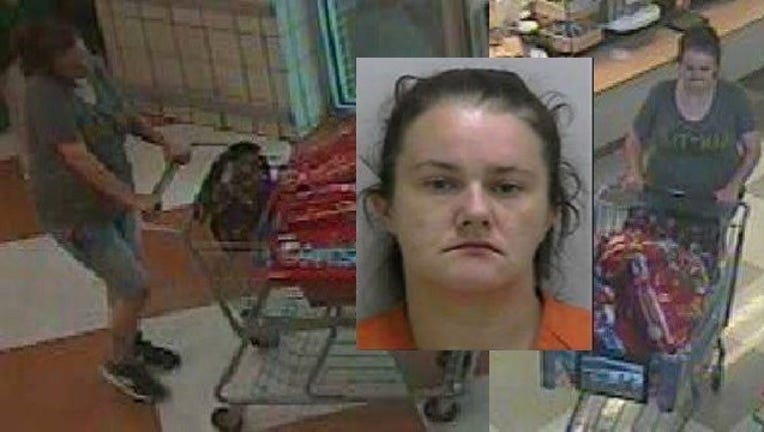 UPDATE: Deputies identified the person in the photo as being Annie Marie Parker, 30, of Taylorsville. She was arrested for shoplifting and probation violation. Investigators say she $108 worth of dog food from Ingles on Highway 41 in Cartersville.
-----
The Bartow County Sheriff's Office needs the public's help to identify a shoplifter that stole one hundred dollars' worth of dog food.

Clerks attempted to stop her but she was able to get to her vehicle where she loaded the dog food inside then left the parking lot.