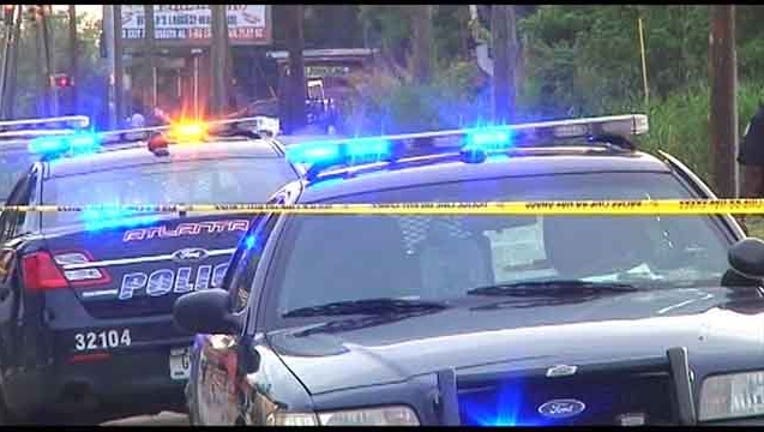 A woman is expected to be alright after being shot around 6:30 p.m. Thursday evening.

Atlanta Police found the woman shot near the intersection of Burbank Drive Northwest and Joseph E. Boone Boulevard NW outside of a homeless shelter. She was transported to Grady Hospital where she is expected to recover.

Witnesses say the woman who was shot was a bystander. The suspected shooter's grandfather, Willie Burns, told FOX 5 News that he's sorry for what happened and is glad nobody was seriously hurt. Burns also says this was a "blessing in disguise" and that his grandson will know get the help he needs.