Fire crews are now working to determine the cause of the deadly blaze.

GWINNETT COUNTY, Ga. - Firefighters are working to determine the cause of a deadly late-night house fire in Gwinnett County.

Officials tell FOX 5 that firefighters were called to the home on Whitney Park Drive in Duluth shortly before 1 a.m. Tuesday.

When they got to the scene, crews found heavy flames and smoke visible from the two-story home and met with an elderly man and a caretaker who were able to get out.

One other person, described as an elderly woman, was trapped in an upstairs bedroom at the back of the home.

Firefighters were able to get the woman out, but she died at the hospital from her injuries. 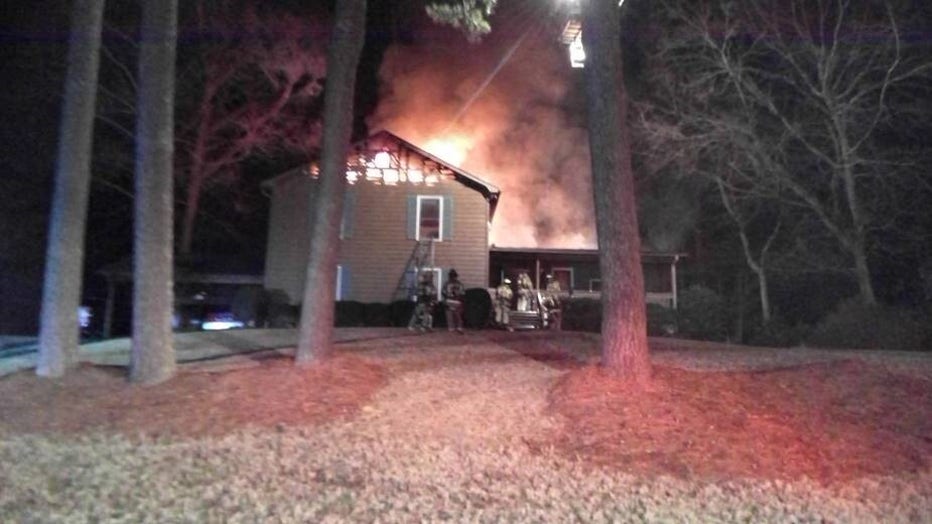 Officials say the cause so far is being investigated, but they believe it started on the back porch and was not set intentionally.

"Sometimes because of the destruction in the fire area, it's hard to pinpoint a cause. Right now, this is listed as undetermined but appears accidental," Gwinnett County Fire Department Capt. Tommy Rutledge said.

The fire caused major damage to the home and its contents.

Officials are not releasing the identity of the female victim in the fire due to privacy laws.