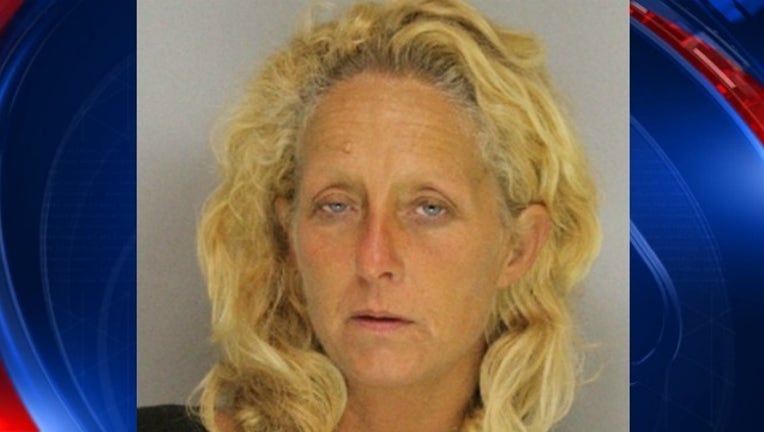 HALL COUNTY, Ga. - A woman accused of exploiting an elderly person was busted for drug trafficking during a traffic stop in Hall County last weekend.

Investigators said Kathy Lynn Loggins, 48, of Cleveland, stole a check from an 80-year-old woman on March 21, wrote the check for $950, then deposited it into her account. On May 3, Hall County Sheriff's Office deputies obtained warrants for Loggins' arrest, including identification fraud, exploitation of an elderly person, forgery and theft by taking.

On Saturday, she was arrested without incident during a traffic stop along Saddle Club Drive in Hall County. Investigators said Loggins was found in possession of methamphetamine, clonazepam, oxycodone, and a glass smoking device. The meth was worth nearly $3,000.

Loggins' charges were then upgraded to trafficking meth, possession of clonazepam, possession of oxycodone, drugs out of the original container, removed license tag, identity theft, exploitation of an elderly person, forgery and theft by taking.

She was taken to the Hall County jail. No bond has been set.