Senator Kelly Loeffler doubles down on her stance

Loeffler is an Atlanta Dream co-owner and said the Black Lives Matter movement has no place the WNBA.

ATLANTA - Atlanta Dream co-owner Kelly Loeffler stood by her comments that the Black Lives Matter movement does not belong in the WNBA Wednesday.

"You might have seen some recent press about me saying that there is too many politics in sports and this is where I have to draw the line," Loeffler told supporters at a campaign event in Woodstock.
Monday, the WNBA announced it would dedicate the 2020 season to social justice and Loeffler sent a letter to Commissioner Cathy Engelbert objecting to the league’s initiatives. 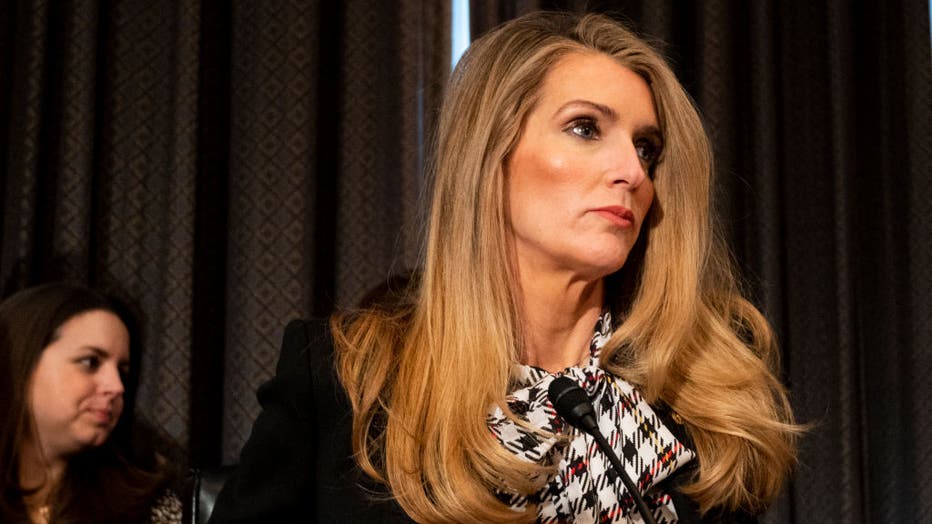 Loeffler, who a Republican U.S. senator running for re-election in Georgia, asked the league commissioner to scrap plans for players to wear warmup jerseys with “Black Lives Matter” and “Say Her Name” and instead put an American flag on all uniforms and apparel.

“The truth is, we need less - not more politics in sports. In a time when polarizing politics is as divisive as ever, sports has the power to be a unifying antidote,” wrote Loeffler. “And now more than ever, we should be united in our goal to remove politics from sports.”

In the letter, Loeffler, a Dream owner since 2011, said she wasn’t consulted about the league’s new social justice policy.

Engelbert issued a public statement in response to Loeffler's letter.

“The WNBA is based on the principle of equal and fair treatment of all people and we, along with the teams and players, will continue to use our platforms to vigorously advocate for social justice,” the commissioner said. “Sen. Kelly Loeffler has not served as a Governor of the Atlanta Dream since October 2019 and is no longer involved in the day-to-day business of the team.”

Multiple players also responded to Loeffler, saying that she should be out of the league. The WNBA players union put out a tweet Tuesday saying, “E-N-O-U-G-H! O-U-T!”

Atlanta Dream guard Renee Montgomery, who had previously opted out of the 2020 season so that she could focus on social justice issues in the community, tweeted Tuesday afternoon that Loeffler's response made her "sad to see that my team ownership is not supportive of the movement & all that it stands for."

The league announced on Monday that players would wear special uniforms during the opening weekend that had Breonna Taylor’s name on the back of them.

Taylor, a 26-year-old Black emergency medical technician, was shot eight times by plainclothes Louisville police officers serving a narcotics search warrant at her apartment on March 13. No drugs were found. Her family and protesters around the country have called for swift action against the officers who shot Taylor.

The league is considering ways to recognize other women who have died because of alleged police brutality or racial violence — including Vanessa Guillen and Sandra Bland.

The jersey idea was first publicly put forth by Las Vegas Aces forward Angel McCoughtry, who starred for the Dream before signing with Las Vegas in the offseason. Players have the option to just wear the uniforms opening weekend or throughout the season.

Speaking to reporters after the Wednesday meet and greet, Sen. Loeffler defended her stance.

"I'm not going to let a political movement, which is what the Black Lives Matter movement truly is, tear our country apart," Loeffler explained.  "I want to speak for all Americans who feel like they don't have a voice, who feel like they're going to be 'canceled' if they speak out against a political movement.  That's not freedom.  That's not America."

When asked about the calls for her to leave the WNBA organization, Loeffler said she is a "passive owner" and she has not made any decisions about whether to keep her stake in the Atlanta Dream franchise.