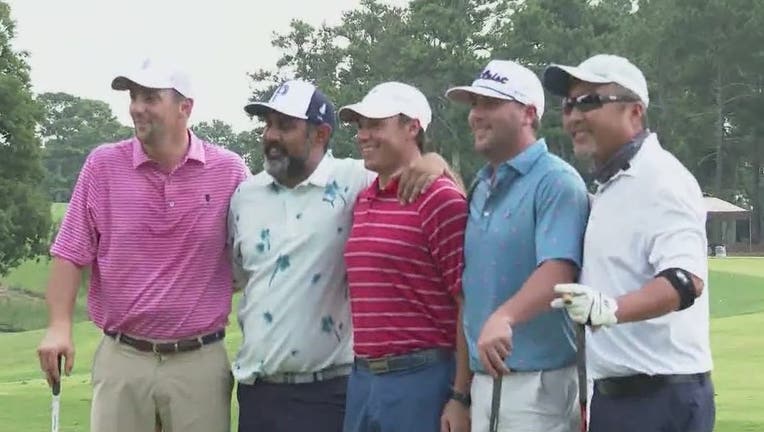 KENNESAW, Ga. - Golfers from around the country came together in Kennesaw on Tuesday for the Gene Siller Memorial Pro-Am. The event was to honor the late Pine Tree Country Club golf pro who was shot and killed on the 10-hole green on July 3.

"We're still completely heartbroken at home, but to be around those that are lifting Gene up and are lifting our family up, it makes our hearts full," said Gene’s wife Ashley Siller speaking publically for the first time.

Ashley opened the event with a heartfelt message to those who participated. She said she doesn’t want her husband remembered for how he died, but how he lived.

That legacy got a big boost on Tuesday with more than 200 golfs helping to raise more than $200,000.

"Gene has a real passion for junior golf and young people entering the industry, either as professionals or as players themselves, so we decided to hold this tournament," said Pine Tree Country Club Lou Bottino. 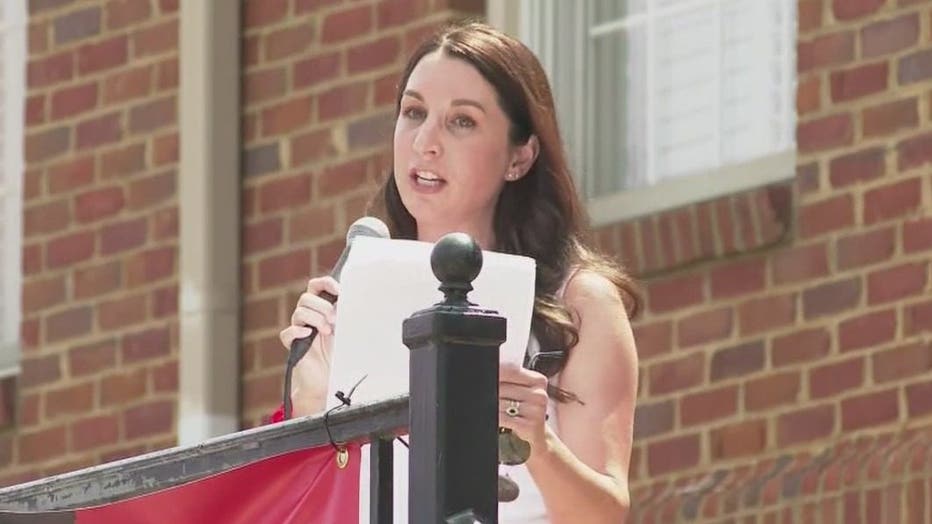 Ashley Siller addresses the participants of the Gene Siller Memorial Pro-Am at Pinetree Country Club in Kennesaw on Aug. 24, 2021. (FOX 5)

Gene’s family along with the Georgia PGA Foundation created the Gene Siller Memorial Grant to help benefit the future of the sport.

"One thing that Gene loved was junior golf and he loved to teach the kids. So, I think he would be incredibly proud and humbled by all of the support and donations coming our way. Now we get to impact hundreds and hundreds of kids who want to play the game that he loved," Ashley Siller said.

Police said Gene was murdered on the tenth hole of the course after witnessing a crime. He approached a man who drove a pickup truck on the green, police said. Investigators later found two bodies in the bed of the truck. A suspect has since been arrested in connection to the murders. 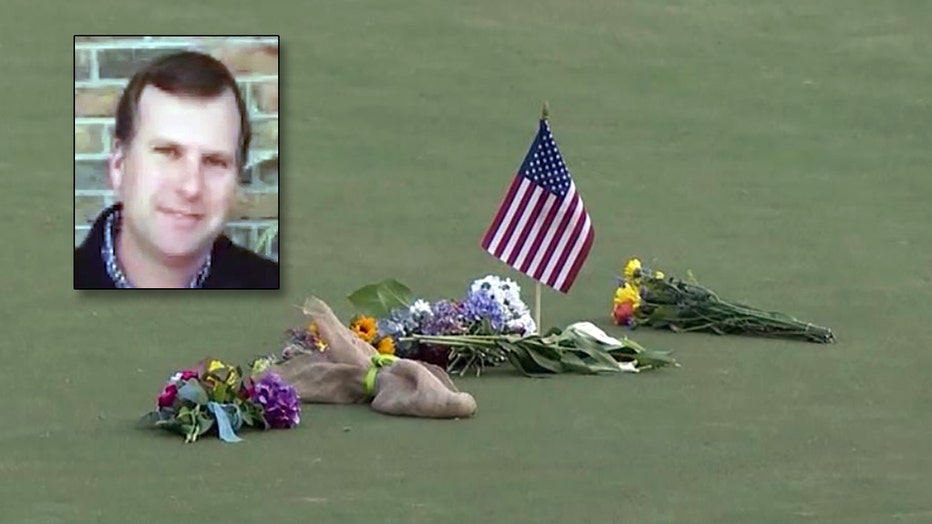 Gene, 46, was a native of Cincinnati, Ohio, and graduated from Purdue University where studied engineering and eventually used that knowledge to create several patents for his passion for golf.

His friends and family remember him as authentic, kind, and was a friend to all. He also was considered to be a natural leader, teacher, and mentor.

"Gene was humble, steadfast, an amazing husband, an extraordinary daddy, and he is truly a role model for so many men out there," his wife said.

He had been married to Ashley for 14 years and had two sons, ages 7 and 5.

The money raised on Tuesday will be used for youth golf scholarships. Anyone who would like to donate can do so by clicking here.