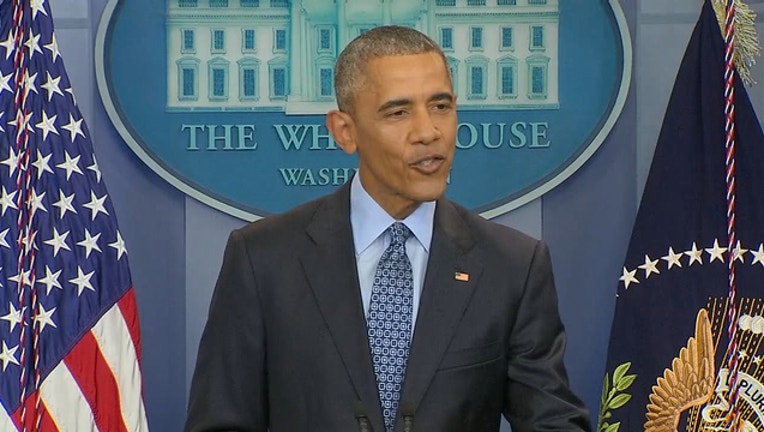 President Obama is expected to defend his decision to shorten the sentence of convicted leaker Chelsea Manning.

Manning was among 273 people granted clemency Tuesday by Obama.

The former Army intelligence analyst asked Obama last November to commute her 35-year sentence for giving classified government and military documents to the WikiLeaks website. Manning, who was known as Bradley Manning at the time of her 2010 arrest, is more than six years into the sentence. She is to be released from prison in May.

Republicans blasted the decision to commute Manning's sentence, with House Speaker Paul Ryan calling it "outrageous" and saying Obama had set a "dangerous precedent" that anyone guilty of compromising U.S. national security will no longer have to pay for their crimes.

Earnest also took issue with Obama's GOP critics, noting their support for President-elect Donald Trump, who recently appeared to side with WikiLeaks founder Julian Assange. The website last year released thousands of hacked emails belonging to the chairman of Hillary Clinton's 2016 presidential campaign, and to the Democratic National Committee.

U.S. intelligence agencies later concluded that Russia was behind the hacking because it wanted to influence the election to benefit Trump.

"I'm tempted to say this is an astonishing display of intellectual dishonesty from congressional Republicans, but it's actually just par for the course for them," Earnest said Wednesday at a breakfast organized by the Christian Science Monitor.

One name missing from the list of pardons and commutations the White House announced Tuesday is U.S. Army Sgt. Bowe Bergdahl. The former prisoner of war is accused of endangering comrades by walking off his post in Afghanistan, and has asked Obama for a pardon.

A pardon would allow Bergdahl to avert a military trial scheduled for April. He faces charges of desertion and misbehavior before the enemy. The misbehavior charge carries a maximum penalty of life in prison.

Obama's spokesman declined to comment when asked Wednesday about Bergdahl.

"If we have news on this, then that's news that President Obama will make," Earnest said.

At the news conference, Obama is also expected to talk about his vision for the country after he is no longer president, and his commitment to working closely with the incoming Trump administration, Earnest said.