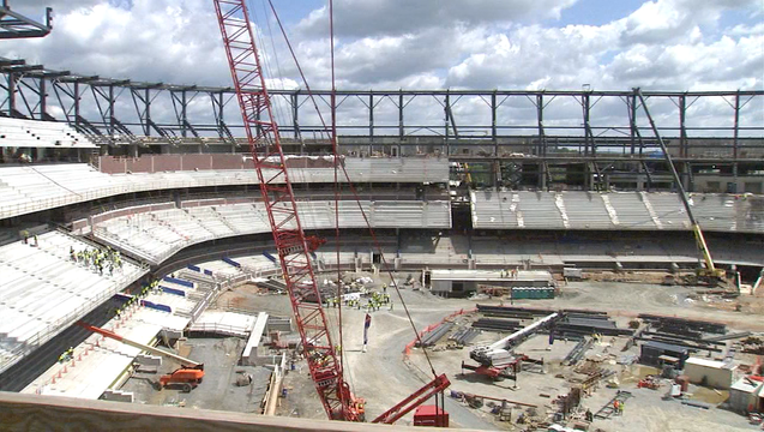 A county chairman who helped the Atlanta Braves move to the suburbs in what some voters saw as a secret deal was badly beaten in Tuesday's runoff elections, which also saw a former mayor in west Georgia win the Republican nomination to replace a retiring GOP congressman.

Georgians returned to the polls in several races that required runoffs because no candidate won more than half the vote in the May 24 primaries.

Here's a look at the top Georgia runoffs Tuesday:

A county chairman who helped the Atlanta Braves move to the suburbs has been badly beaten in a runoff election.

Tim Lee, the incumbent chairman of the Cobb County Commission, got just 36 percent of the votes to challenger Mike Boyce's 64 percent, according to unofficial results from the Cobb County Board of Elections early Wednesday.

With all precincts reporting results early Wednesday, the tally was 25,264 votes for Boyce and 14,246 for Lee.

Lee was credited with engineering the deal to build the Braves a new stadium in suburban Cobb County.

Boyce criticized the secrecy of negotiations between Lee and the Braves and said bonds shouldn't have been issued in the deal without first being approved by voters.

Lee defended the deal, saying the new SunTrust Park will boost the economy.

Ferguson was supported by five of his former opponents from the May primary as well as Westmoreland, who called Ferguson "a strong, conservative voice." Crane ran on his reputation as one of the Senate's most socially conservative members and campaigned Friday with Texas Sen. Ted Cruz.

Ferguson touted his support for law enforcement after Crane forcefully criticized so-called "no knock" warrants that can allow police to launch raids without announcing themselves. Some sheriffs and police organizations criticized Crane after he declared in February: "You come to my house, kick down my door, if I have an opportunity, I will shoot you dead."

Rep. Tom Dickson, a Cohutta Republican, lost to Chatsworth farmer Jason Ridley in a GOP campaign focused on education. No Democrats signed up to run for the seat.

And unofficial returns showed Democratic Rep. Darryl Jordan of Riverdale finished just 70 votes behind Rhonda Burnough, a Riverdale school administrator, in a district representing parts of Clayton County. No Republican was running for the seat.

After giving up her state House seat to run for the Senate, the leader of the Georgia Legislative Black Caucus fell short of a runoff victory.

Unofficial returns showed Dee Dawkins-Haigler, a Lithonia minister, finished just eight votes short of fellow Democrat and pastor Tonya Anderson of Lithonia. The margin separating the rivals was close enough to trigger a re-count of the more than 8,500 votes cast.

In the fall, the runoff winner will face GOP Sen. JaNice Van Ness of Conyers, who won a special election last year in the competitive district.