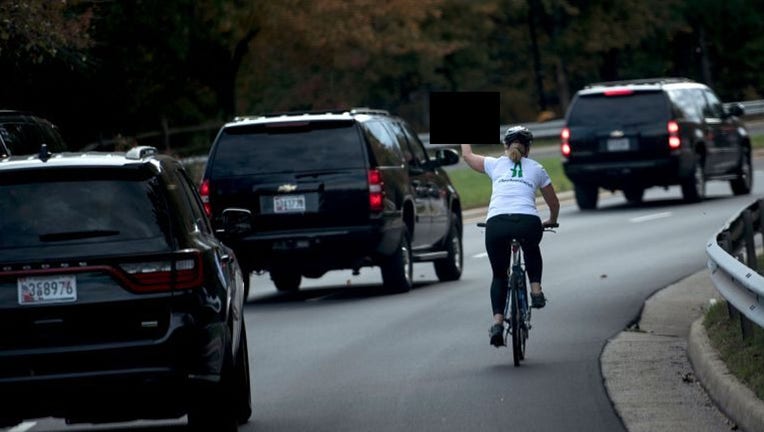 LEESBURG, Va. (AP) - The woman who lost her job after displaying her middle finger at President Donald Trump's motorcade has won a seat on a county board of supervisors in Virginia.

RELATED: Woman fired from job for flipping off Trump's motorcade

With 99 percent of the vote reported by the Loudoun County Office of Elections Tuesday night, unofficial returns showed Democrat Juli Briskman ahead of Republican incumbent Suzanne Volpe with 52% of the vote. 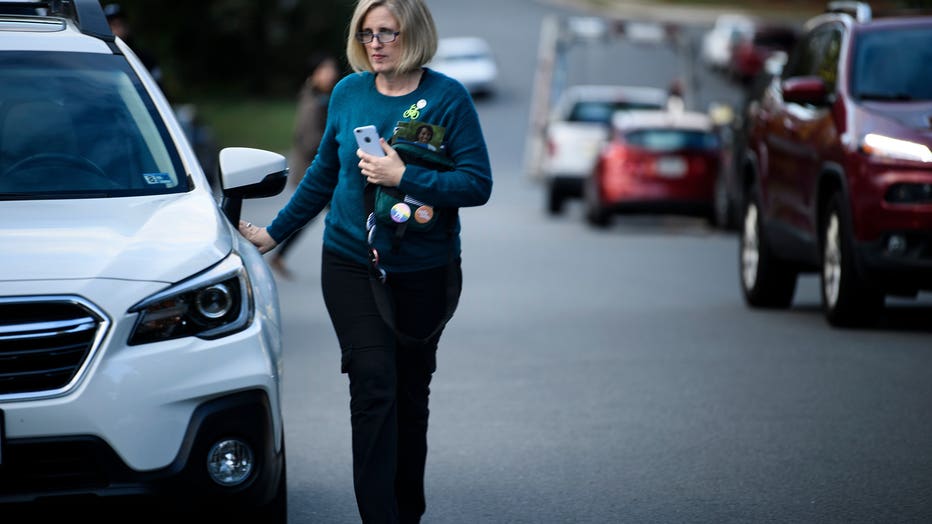 Juli Briskman, who was fired after giving US President Donald Trump's motorcade the middle finger while cycling in 2017, walks from her car while campaigning to be elected to a seat on the Loudoun County Board of Supervisors October 17, 2019, in Ster

Among her goals, Briskman said she would increase transparency in local government.

Briskman was on a bike ride in October 2017 and was photographed making the gesture as Trump's motorcade went by. She told her bosses what happened after the photo went viral and was asked to leave her government contracting job or face termination. She sued and won a severance claim, but her wrongful-termination lawsuit was dismissed.