ATLANTA - Dozens gathered in a parking lot on the Clark Atlanta University campus Sunday evening for a candlelight vigil for Alexis Crawford. 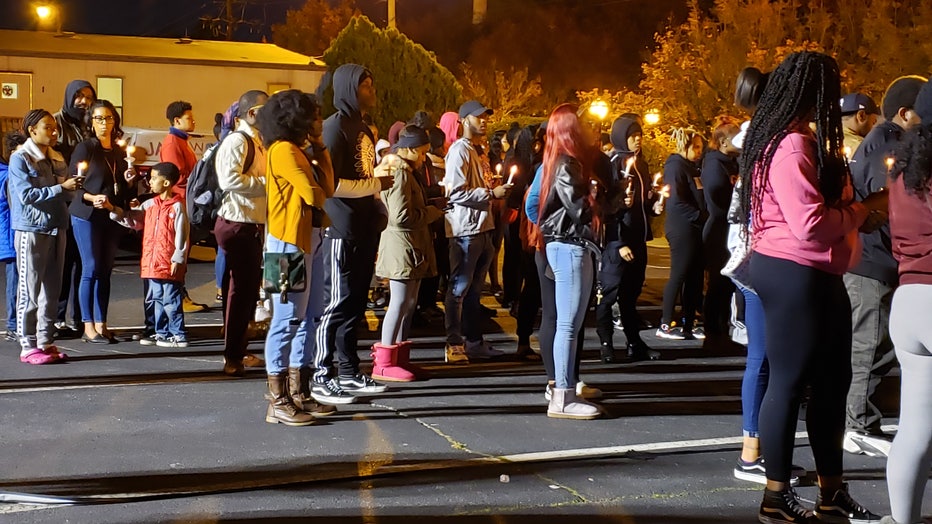 Crawford, a 21-year-old Clark Atlanta student, was found dead a week after she was reported missing. Her roommate and her roommate's boyfriend have been charged in her death.

Taylor Prude is a former roommate of Crawford and was one of the many who attended the vigil. The two met during their freshman year and lived together their sophomore year.

“She was just a great person... I’m glad I got to experience the times with her that I did," Prude said.

Prude said she is still in disbelief and doesn't understand how this could happened to someone like Crawford.

“She was never the type to do any harm to anyone else. That’s why I personally don’t understand the situation," Prude said.

Levon Campbell, the student government association undergraduate president, was one of the organizers of Sunday evening's vigil.  He said the news of Crawford's death has hit the Clark Atlanta University community hard.

“The mood has been very hard. A lot of students have been trying to take into account what happened and just trying to find answers to things we can’t find answers to. I think that’s one of the most difficult things during this time," Campbell said.

Campbell said the vigil was a way for students to find comfort and uplift one another as they grieve the loss of one of their own.

The university has counselors available to make sure students have the resources they need to continue to process this tragedy and grieve.