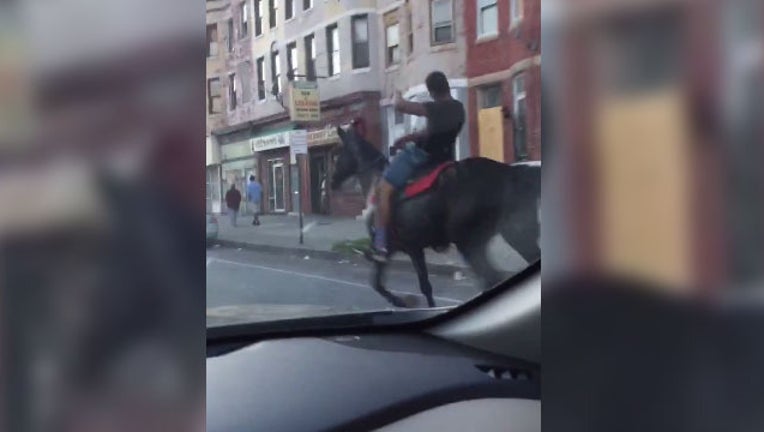 BALTIMORE - Videos posted online show horses being ridden through the streets of Baltimore and some say it is in response to the city’s crackdown on dirt bikes.

Twitter user @Bmorebizz posted several videos online Sunday showing horses being ridden along areas of Pennsylvania and Fulton Avenues –areas where much of the rioting occurred in April of this year.

In one of the videos, a carriage is being pulled down the streets. In other videos, riders are seen in the street along with dirt bike riders.

In one of the posts, @Bmorebizz says, “These guys are improvising. If they can't ride dirt bikes, they'll take horses #foxy.”

Another post says, “If they can't ride bikes, they'll ride horses on Penn and Fulton.”