Police in Clayton County have released body camera footage from a violent encounter between an officer who was responding to a suicide call and the woman police said shot her multiple times.

CLAYTON COUNTY, Ga. - New video has been released showing a Clayton County officer’s perspective of a confrontation with a reportedly suicidal individual late last week. The officer would be shot during the incident and the individual would later be injured in a shootout with police.

Officer Demika Lloyd and Aiyanah Pryor, who police say was the person who fought with Lloyd in the video, were still in the hospital as of Monday recovering from their injuries.

This story discusses suicide. If you or someone you know is having thoughts of suicide, please call the Suicide and Crisis Lifeline at 988 or contact the National Suicide Prevention Lifeline at 1-800-273-TALK (8255).

The video, which at times is hard to watch, shows the officer around 11 p.m. last Wednesday at a home on the 7800 block Newbury Drive off Highway 138 after multiple 911 calls reporting the 25-year-old Pryor was suicidal.

A woman is waiting for Officer Lloyd at the front door who tells her ""I didn’t call."

The officer then calls our to Pryor.

"Aiyanah, what’s going on? You call us again?" the officer asks. "We got a call you got a weapon."

Officer Lloyd approaches Pryor, is backing away out the backdoor to the house, and continues to ask her what the problem was.

"I can’t help you if I don’t know what’s going on," Officer Lloyd told Pryor says as the two face each other on either side of the threshold at the backdoor.

As she steps toward Pryor, police say Officer Lloyd notices the handgun in woman’s right hand. At this point in the video, the view changes to the surveillance camera behind the backdoor and police highlights Pryor's hand. 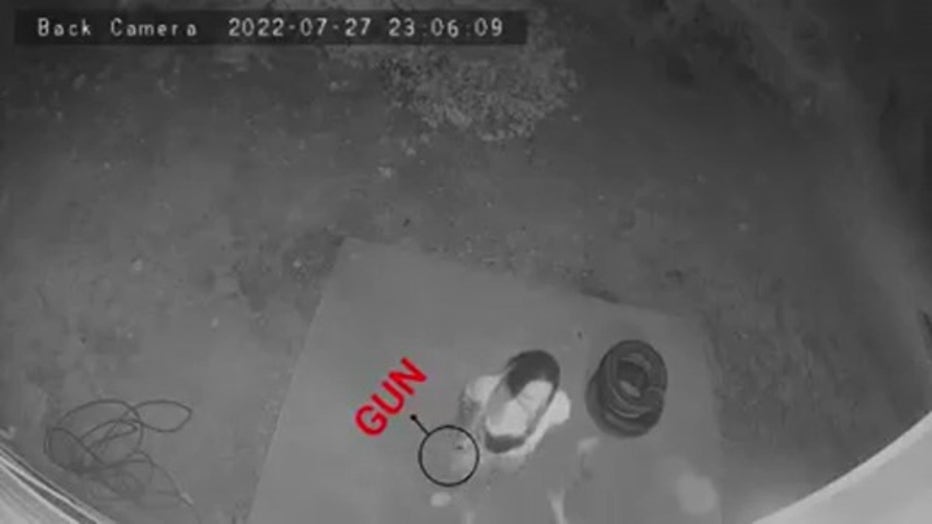 Clayton County police say a gun can be seen in the hands of a reportedly suicidal woman confronted by an officer on July 27, 2022. (Clayton County Police Department)

"Hold on, hold on, hold on!" Officer Lloyd says as she appears to take advantage of Pryor being distracted to lunge towards her in an attempt to subdue the woman and take control of the gun.

The two end up in a scuffle in the backyard. During the next seven seconds, at least three shots can be heard with sparks also seen coming from the gun. 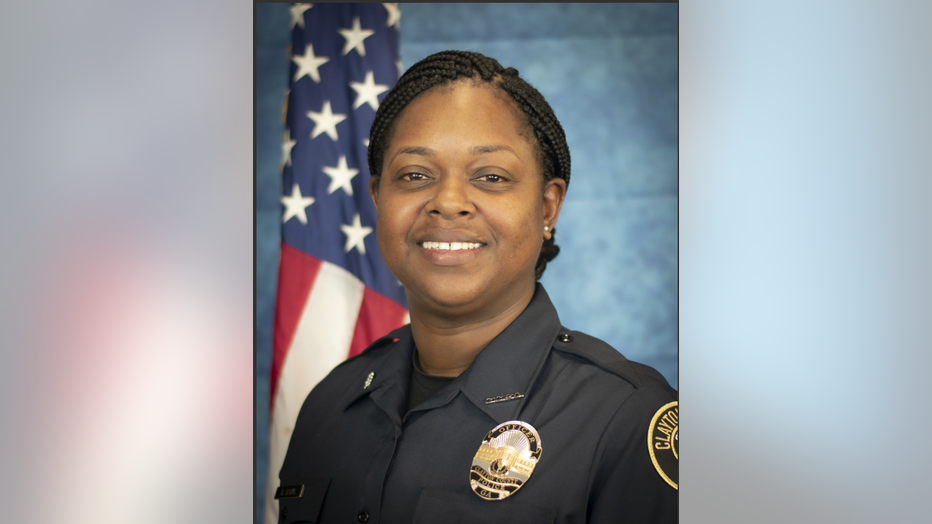 Pryor then walks away from Officer Lloyd. Police say neither Pryor nor any of her family members inside the house or any other bystanders rendered aid. Additional officers arrived at the scene and Officer Lloyd was rushed to Grady Memorial Hospital in critical condition.

According to investigators, after shooting Lloyd, Pryor jumped in a car and headed north of Interstate 75 into Atlanta.

Atlanta Police tracked her vehicle to the Lakewood Stadium area, locating it on Polar Rock Drive.

Police say they tried to get Pryor to surrender, but when an officer approached the car, she started shooting.  Officers returned fire, hitting Pryor multiple times.  She was rushed to a nearby hospital in critical condition.

No Atlanta officers suffered any injuries.

The family of 25-year-old Aiyanah Pryor released surveillance video showing a scuffle she got into with an officer who was responding to a call of a person in mental distressed. Officer Demika Lloyd was shot multiple times during the encounter, investigators say. Pryor would flee and later encounter Atlanta police officers and would be injured in an exchange of fire, investigators say.

Pryor's family shared home surveillance video of the shooting the next night, which they say contradicts the police account of what happened. Pryor's family insists she was not the aggressor. Her brother Marcus Martin told FOX 5

"We can't see what happened (in the video) when the cop went through the house, but my mom said when she let her in the door she asked where my sister was. She said my sister was at the back door. She pointed at her said, 'She is right there'. The officer said she was just going to talk to her calmly. What are you doing?" Martin said.

Marcus claims the officer grabbed his sister from behind and the two fell to the ground and began tussling. That is not clear in the video released by Clayton County Police Monday.

Pryor's brother said his sister was clearly experiencing a mental health crisis, and questions why Officer Lloyd wasn't assisted by a second officer on scene after a family member allegedly told police she was armed. He says the video proves the woman didn't point her gun at the officer before the shooting.

"The news said she just started shooting. That's a lie," said Martin. "She was jumped on. They were on the ground, on top of each other intertwined in a ball. My sister got up; the cop was on the ground."

The Georgia Bureau of Investigation is investigating.