How video has changed the real estate game

The pandemic caught a lot of the real estate industry off-guard, but new changes in video and virtual tours have altered the entire industry for the better.

Well, there may be another casualty on the way. When the COVID-19 pandemic forced a shelter-in-place order, the traditional model of selling real estate had to find a way to adapt.

The real estate industry was caught largely unaware when the virus began worrying us all early last year. Open houses and escorted showings were the normal way of doing business, and everything was face-to-face.

All of that changed on April 2 of last year when Gov. Brian Kemp issued the original shelter-in-place order.

No more showings, no more interior inspections, no more thorough appraisals, no more open houses, no more closings in law offices.  And that meant no more sales and no more commissions.

The reality is that real estate marketing has changed little in the last hundred years. Yes, we all have a computer in our pocket, but the real estate world pretty much worked face-to-face.

But faced with the pandemic, all that changed.

It started with the widespread adoption of Zoom for open houses.

With a shove from Dan Forsman of Berkshire Hathaway Georgia Properties, agents began holding virtual open houses, allowing agents to meet buyers as they joined the Zoom call and then join the agent as he or she toured the house. 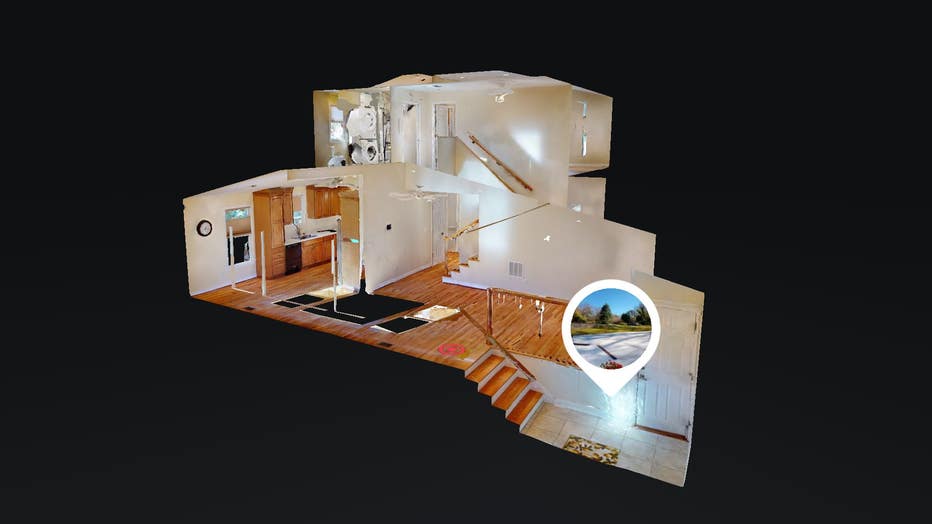 A 3-D rendering of a Decatur home that can be viewed online or in virtual reality. (John Adams)

Sometimes these Zoom calls were hosted on nothing more than a smartphone, but as time went by, they became more elaborate.  And eventually, an entire industry developed around virtual home tours.

Then a company called Matterport created a process in which a series of snapshot photos are stitched together by a computer to create a stunning 3D video that allows the prospective buyer to tour the house as if they were there, in person, and see up, down, and in 360 degrees.

The same software also creates a web platform that creates the floorplan and measures the house inch by inch.

In the beginning, agents had to purchase special cameras to make these immersive photos, but soon, a process was developed that allowed anyone with a smartphone to make their own photos for a small fee.

And finally, even the antiquated legal settlement joined the video movement when Kemp signed an executive order making it legal in Georgia for notaries to perform their signature verification duties remotely by using video meeting software such as Zoom.

Finally, the circle was complete.

By the normally busy summer season, it became possible for potential buyers to find an agent, view a variety of homes from the comfort of their living rooms, obtain financing, and close the transaction without ever leaving the house.

As a result of the widespread acceptance of video, and fueled by record-low long-term interest rates, calendar year 2020 goes into the history books as a good year for the housing industry.

In fact, with sales of existing homes hitting their highest level in 15 years, most real estate professionals agree that the market was strong in 2020, and thanks to the power of video and favorable interest rates, we might very well see the same thing happen again this year.

Even in the face of the worst pandemic in 100 years, the real estate industry adapted and survived. In fact, it not only survived, but it also flourished. The same technology that fueled the work-from-home movement was employed by agents everywhere to keep the customer satisfied.