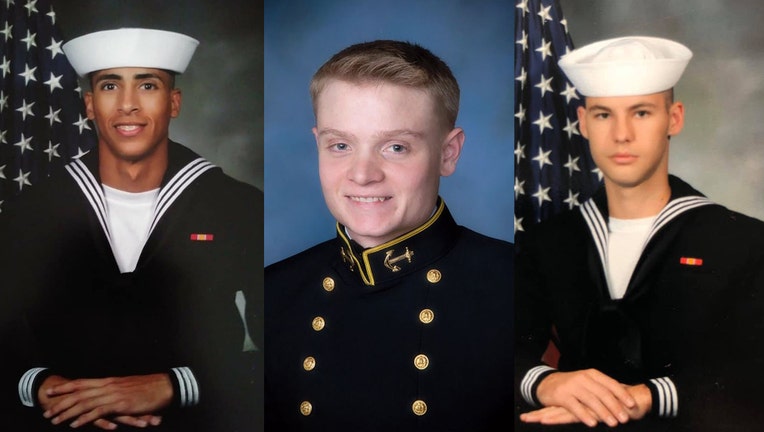 “It is my honor today to present the Wings of Gold to the families of these three American heroes who were among the first to respond to horrific attacks upon our own naval family and tragically, were also our Sailors who made the ultimate sacrifice in protecting their brothers and sisters in arms,” Modly said in a statement.

Related: 19-year-old sailor from St. Petersburg among victims in Pensacola Navy base shooting

He said the posthumous award is symbolic of the goal all three victims strived to achieve during training in Pensacola.

“Airman Haitham, Airman Walters, and Ensign Watson represent the highest virtues of naval aviation, and undoubtedly belong in that great fraternity of selfless service to our Navy, our Department, and our Nation,” Modly added.

“Their actions and sacrifice embodied the competence, courage and character of those who wear Naval Aviation Wings of Gold," Miller said. "These wings were presented in honor of their brave actions and in everlasting memory of their sacrifice.”