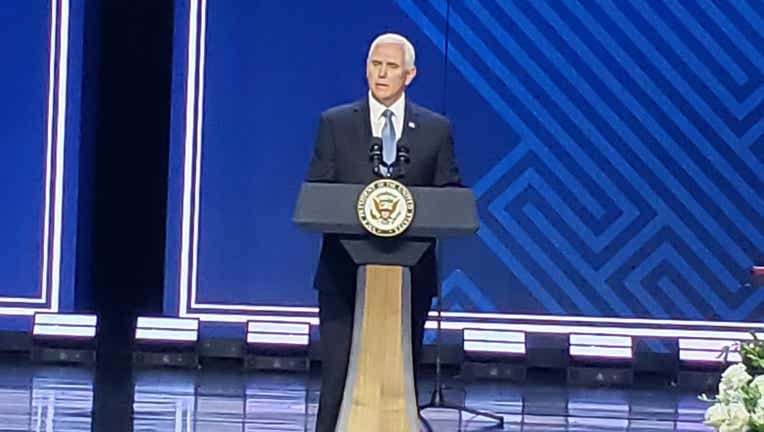 ATLANTA - Vice President Mike Pence was back in Georgia for a second time this month.

The vice president traveled to the peach state Friday to attend a memorial service honoring the life of Christian evangelist and apologist Ravi Zacharias.

Zacharias passed away earlier this month at his home in Atlanta after a brief battle with sarcoma. He was 74.

Vice President Pence was one of several scheduled to speak during the memorial service.

Following the service, the vice president is expected to lead a conversation with small business owners on America’s economic reopening before returning to Washington DC.

Motorists should allow extra time to compensate for the vice president's motorcade.

This is Pence's second visit to Georgia in about a week's time. The vice president was in Atlanta May 21 where he met with Gov. Brian Kemp regarding Georgia' reopening. He also participated in a roundtable with restaurant executives at the Waffle House Headquarters in Norcross