Biden gives emotional farewell to Delaware ahead of Inauguration

President-elect Joe Biden and his wife, Jill, attended a send-off event in Wilmington, Delaware, a day before he will be sworn in to office, and shared his ties to the state in emotional remarks.

WASHINGTON (AP) - Vice President Mike Pence is among those who will not be attending President Donald Trump’s sendoff event at Joint Base Andrews.

A person familiar with Pence’s schedule cited "logistical challenges" in getting from the air base to President-elect Joe Biden’s inauguration ceremonies on Wednesday. The person spoke on condition of anonymity to discuss scheduling decisions.

Much of Washington, D.C., is under lockdown, with thousands of National Guard troops on patrol and other security precautions in place. The caution comes weeks after Trump supporters stormed the Capitol to try to stop Congress from confirming Biden’s victory. Trump and Pence’s relationship has been strained since Trump tried to pressure Pence to stop the election certification and Trump supporters roaming the Capitol chanted, "Hang Mike Pence!" after the president tweeted disapprovingly of him. 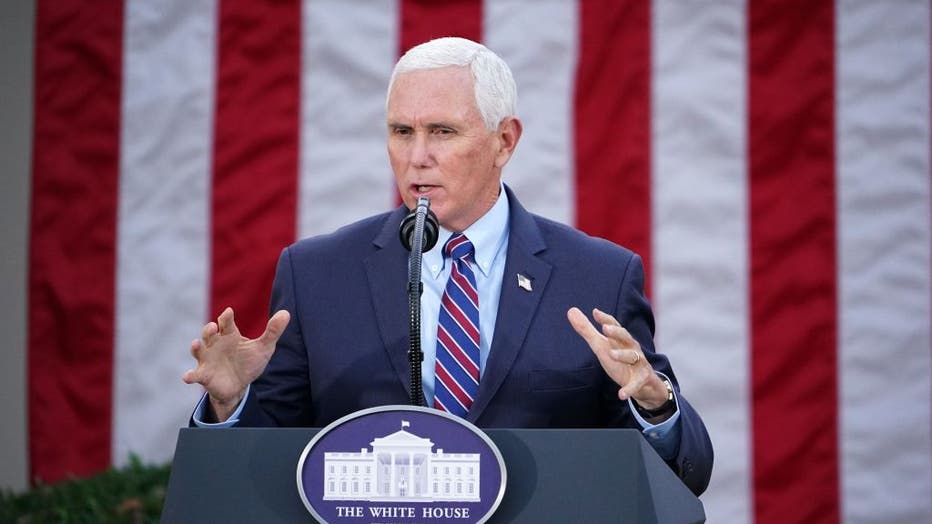 US Vice President Mike Pence delivers an update on "Operation Warp Speed" in the Rose Garden of the White House in Washington, DC on November 13, 2020.

Trump will be only the fourth president in the nation’s history not to attend his successor’s inauguration. He is boycotting the event and will be flying to Florida on Wednesday morning.

Aides have been organizing an elaborate sendoff, but it is unclear how many invitees plan to attend. Among them is Anthony Scaramucci, the former White House communications director who became a Trump critic. He quipped on Twitter that he couldn’t make it because he was "having my fingernails pulled out at that time."