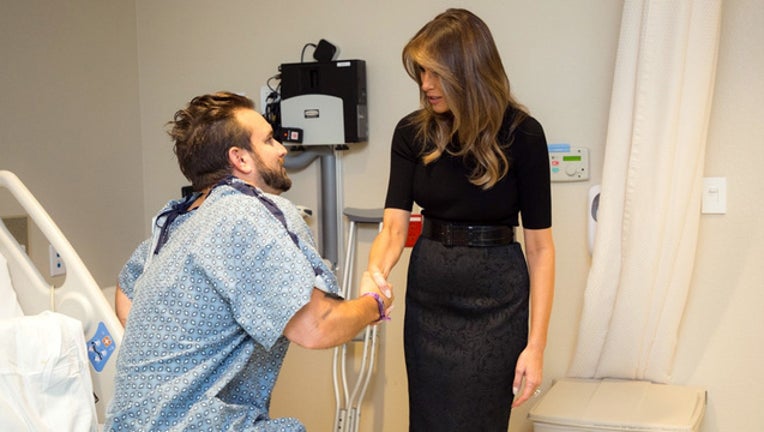 “Hi, Thomas. How are you? No, don’t get up. Don’t get up,” Melania Trump can be heard saying in a video as Gunderson attempts to get out of bed.

“Hey, this guy looks tough to me,” the president said.

“I will never lie down when the President of this great country comes to shake my hand! There may be plenty of issues in this country but I will always respect my country, my president and my flag. Shot in the leg or not, I will stand to show my President the respect he deserves!”