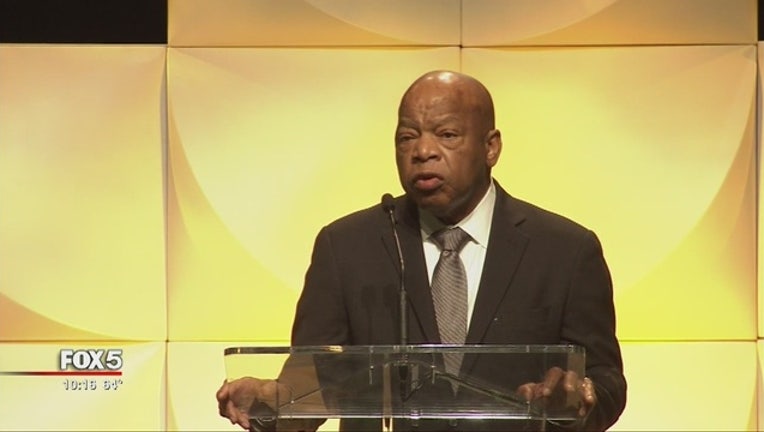 Officials at the private liberal arts school say the Georgia Democrat will receive an honorary Doctorate of Civil Law from the college during the May 27 ceremony.

He made headlines last month when he challenged Donald Trump's legitimacy to be president, and then skipped the Republican's inauguration.

Lewis got involved in the civil rights movement in the 1950s while he was a student at Fisk University in Nashville, Tennessee. He was a Freedom Rider in the early 1960s and a keynote speaker at the historic March on Washington in August 1963.