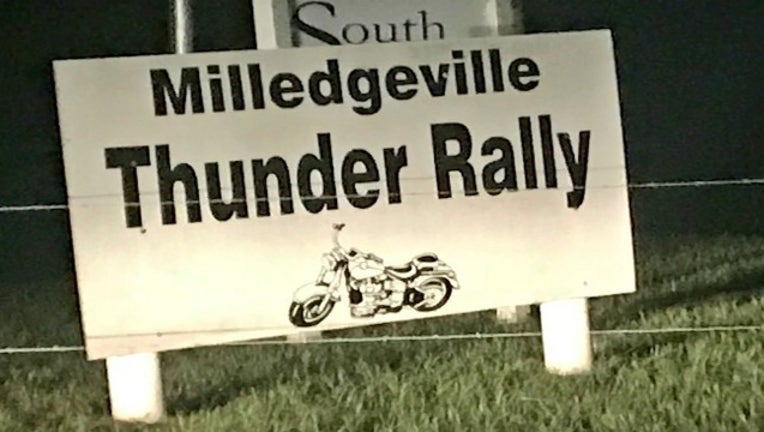 MILLEDGEVILLE, Ga. - Two children are dead, and a third person is suffering life-threatening injuries after a tragic crash in Baldwin County.

The Georgia State Patrol is investigating the fatal crash that occurred Saturday night at South Creek Mud Boggin in Milledgeville. Baldwin County Coroner John Gonzalez believes a truck at the mudding event ran into the audience.

According to the Department of Public Safety, a Chevrolet S10 had a mechanical failure while participating in a mud bogging event along Irwinton Road. The driver lost control while exiting the mud pit, hit three children, and then the car overturned.

Officials confirm the two young victims were Justin Moore, 10, and Ryan, 14. Both were pronounced dead at the scene. The third child, Zach Holloway, 11, was airlifted to a hospital in Jacksonville. Holloway is not the two victim's brother.

Typically at mudding events, vehicles drive at high speeds in the mud.

"Our Mud Boggin' family is heartbroken. There are no words that can ever be said to even begin to express our sorrow. Our heartfelt condolences go out to the families involved. There has already been an outpouring of prayers. We ask that you continue to lift the families up in prayer-and-parents, please hold your children a little tighter tonight than you ever have before."