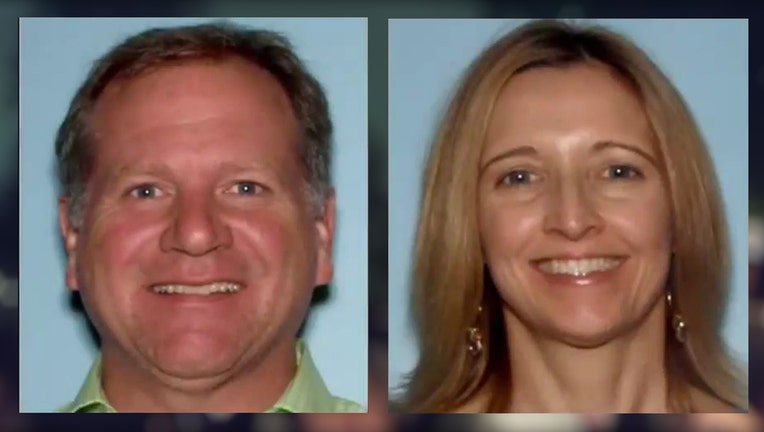 ATLANTA - Several hundred people were told to leave a Sandy Springs home late Saturday evening after a report of an outdoor concert.

Timothy Gregg Osby, 54, and his ex-wife, Samantha Osby, were arrested and charged with operating a special event without a permit. Mr. Osby was also charged with furnishing alcoholic beverages to persons under 21 years of age and disorderly conduct for possession of marijuana.

Sandy Springs police said they responded to a home along Heards Ferry Road near Weatherly Drive around 10 p.m. Saturday after several complaints of a possible concert being held in the backyard.

"Officers arrived and noticed hundreds of vehicles parked on Weatherly Drive and adjacent streets to Heards Ferry Road," a Sandy Springs spokesperson wrote. "The vehicles were improperly parked on both sides of the street; making it impossible for emergency vehicles to get through in the event of an emergency."

Eventually, officers came upon a large group of people at a home in the 700 block of Heards Ferry Road. Body camera video released by police shows an officer with a flashlight wading through a sea of people.

Sandy Springs police released this body camera video from officers who broke up a large party at a home over the weekend. Two people were arrested and hundreds more were told to leave, police said.

"As officers continued their investigation, they located a live music band putting on a concert for approximately 500-600 people who were in attendance. Officers ended the party and asked everyone to leave," police wrote. "While looking for the homeowner, Officers were able to see a drink station composed of a bartender serving alcoholic beverages. Further, officers noticed that most of the party-goers appeared to be underage and many showed signs of intoxication. In addition to the underage drinking and the sales of alcoholic beverages, Officers smelled the odor of what they commonly associate with burnt marijuana throughout the back yard."

An 18-year-old woman was also arrested after police said she refused to get off the roadway and go home. Police said the woman was intoxicated and would not cooperate. She was charged with false representation to the police and public intoxication.

All three will make their first appearance before a Sandy Springs Municipal Court Judge to answer to the aforementioned charges.