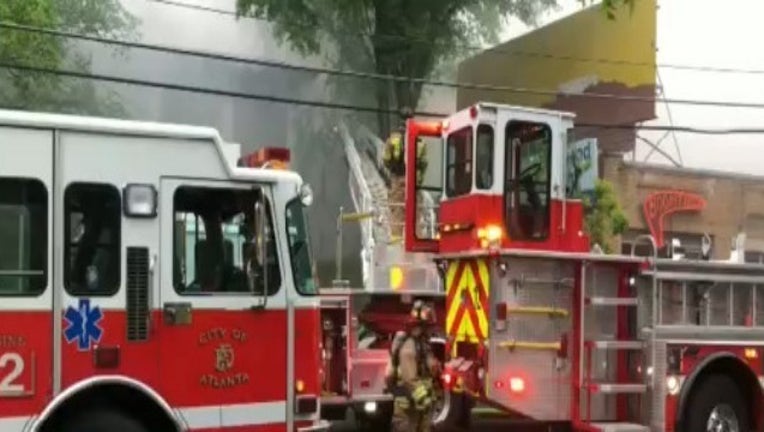 According to Atlanta Fire & Rescue officials, the fire is coming from a two-story vacant structure. Traffic in both directions at the intersection remained closed on Sunday night as a result of the blaze, according to officials.

At this time the cause of the fire is still not known.