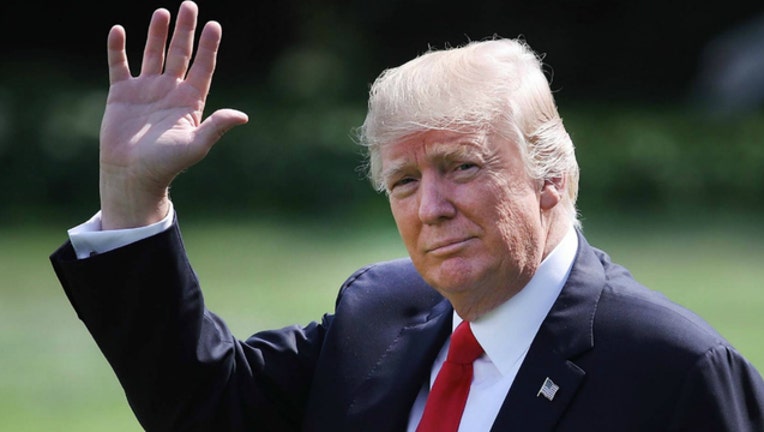 President Donald Trump waves as walks to Marine One while departing from the White House on July 24, 2017 in Washington, DC. (Photo by Mark Wilson/Getty Images)

(FoxNews.com) - President Trump on Sunday sounded a war drum over North Korean leader Kim Jung Un refusing to de-escalate his nuclear weapons program, telling Secretary of State Rex Tillerson to stop wasting time negotiating with Kim because the U.S. “will do what needs to be done.”

“I told Rex Tillerson, our wonderful Secretary of State, that he is wasting his time trying to negotiate with Little Rocket Man,” tweeted Trump, using his nickname for Kim. “Save your energy Rex, we'll do what has to be done!"

Trump, a prolific tweeter, has been on a twitter tear this weekend, with nearly two dozen tweets since Saturday morning, most slamming San Juan Puerto Rico Mayor Yulin Cruz, a Democrat, for being critical of the administration’s hurricane response effort on the U.S. island.

Trump and Kim have for months engaged in an escalating war of words, as North Korea appear to be conducting numerous underground nuclear bomb tests and launching intercontinental missiles,in an attempt to land a nuclear warhead on another country.

U.S. military officals have said all options are on the table when considering how to deal with North Korea.