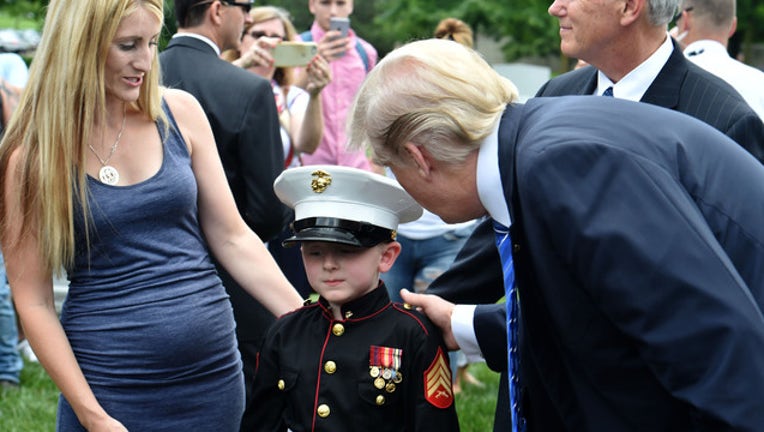 ARLINGTON, VA - MAY 29: President Donald Trump speaks to 6-year-old Christian Jacobs as he walks through Section 60 of Arlington National Cemetery on Memorial Day May 29, 2017 in Arlington, Virginia. (Photo by Olivier Douliery - Pool/Getty Images)

During his speech at Arlington National Cemetery, Trump saluted Brittany Jacobs and her 7-year-old son, Christian, who was dressed like a Marine. Jacobs’ father, Marine Sgt. Christopher Jacobs, died during a training accident in California in 2011.

“It was a moment I will always remember. Christian, I want you to know that even though your father has left this world, he’s left it for the next. He’s not gone, he’ll never be gone. Your dad’s love, courage, and strength live in you, Christian, and as you grow bigger and stronger, just like him, so, too, does your father’s incredible legacy. So thank you both. That’s so beautiful. Thank you.”