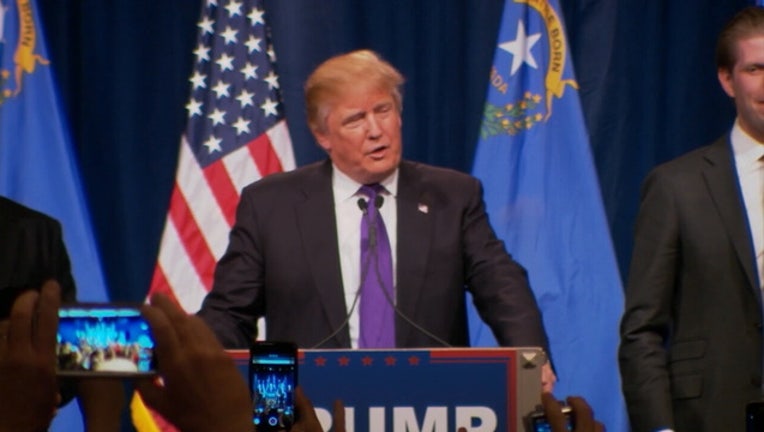 Trump, whose administration has been under siege over campaign contacts with Russian officials, said in a series of early morning tweets that he "just found out that Obama had my `wires tapped' in Trump Tower just before the victory. Nothing found. This is McCarthyism!'

Trump said the wiretapping occurred in October. Trump ran the presidential transition largely out of Trump Tower in New York.

Trump's tweets came days after revelations that Attorney General Jeff Sessions, during his Senate confirmation hearing, didn't disclose his own campaign-season contacts with Russia's ambassador to the United States. Sessions, a U.S. senator at the time, was Trump's earliest Senate supporter.

Trump's first tweet Saturday mentioned Sessions and claimed the first meeting Sessions had with the Russian diplomat was "set up by the Obama Administration under education program for 100 Ambs ..."

U.S. intelligence agencies have concluded that Russia influenced the November election to help Trump win -- findings that Trump has dismissed. The FBI has investigated Trump associates' ties to Russian officials. Trump has blamed Democrats for leaks of information about the investigation and the contacts.

It was not clear what prompted Trump's new charge. The president often tweets about reports he reads on blogs and conservative-leaning websites.

In recent days, the Breitbart News website has published reports citing other anonymously sourced or unconfirmed reports about the Obama administration's attempts to investigate Trump campaign ties to Moscow.

The Associated Press has not confirmed those reports.

Trump is spending the weekend at his waterfront estate in Palm Beach, Florida, after highlighting his education agenda and support for school choice on Friday by visiting a Catholic school in Orlando. Trump had no public events scheduled during the weekend.

After tweeting Saturday about Obama, as well as about Arnold Schwarzenegger's decision to leave "The New Celebrity Apprentice," Trump went to his golf club in nearby West Palm Beach. Schwarzenegger replaced Trump as how of the show while the president remained its executive producer.

Trump planned to return to the White House late Sunday.