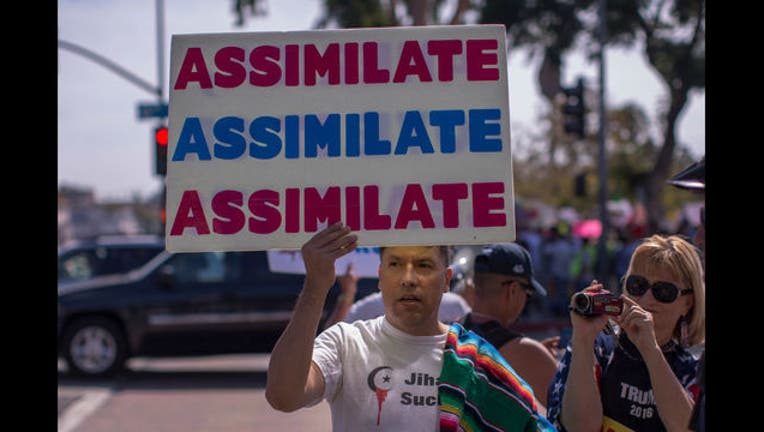 A pro-Trump demonstrator holds a sign as thousands of immigrants and supporters join the Defend DACA March to oppose the President Trump order to end DACA on September 10, 2017 in Los Angeles, California. (Photo by David McNew/Getty Images)

(AP) The federal government is putting on hold a program that helps tens of thousands of immigrants navigate the country's complex immigration court system.

The U.S. Department of Justice said this week it was placing the program that provides legal orientation to immigrants in deportation proceedings on hold pending review.

Immigrant advocates were outraged by the move to cut off the assistance for immigrants who are pleading their own cases in immigration court.

Immigrants who can't afford an attorney must represent themselves in immigration court.