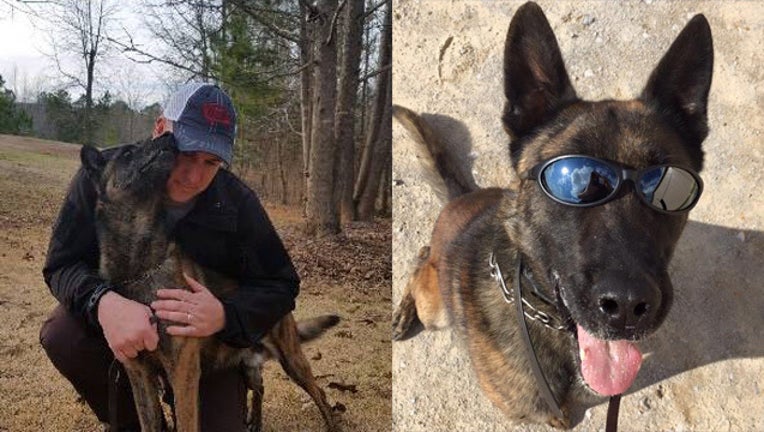 K-9 Biko joined the service when he was just 2 years old in January of 2010. After training for 13 weeks, the Dutch Shepherd joined his handler Lt. Nathan Taylor to keep the county safe.

Biko retired on Jan. 18. Just a few weeks later, he died at his handler's home due to his medical conditions..

“We are certainly grateful for the over 8 years of service Biko gave to the Troup County Sheriff’s Office assisting in the fight against illegal drugs and the recovery of lost and missing persons," Troup County Sheriff James Woodruff said in a statement.

Woodruff said Biko would be "he will be missed by all."