Passenger traffic dropped almost 97 percent at the beginning of the pandemic.

ATLANTA - It is no longer a ghost town. The scene at Hartsfield-Jackson Atlanta International Airport is changing as more travelers evidently believe it is safe enough to return to the airport.

And this is occurring even though Georgia has been designated as one of America's hotpots for the coronavirus.

General manager John Selden gave city officials a briefing this week. He said at the low point, when the pandemic scared individuals, passenger traffic shrunk to less than five percent of normal. 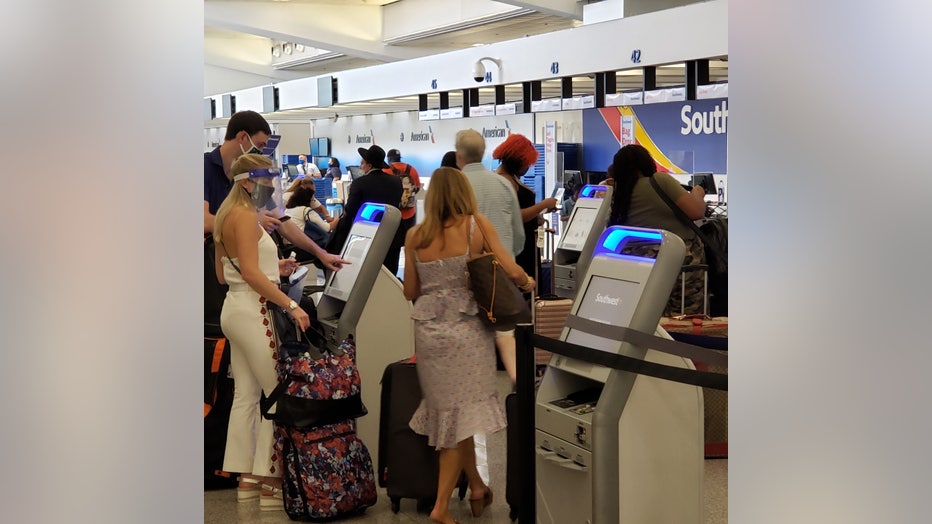 The scene at Hartsfield-Jackson Atlanta International Airport Thursday, Aug. 13, 2020 as travel picks up amid the pandemic (FOX 5 Atlanta).

Currently, the traffic has ticked up to about one-third of the norm.

The airport is making adjustments as officials tabulate cash coming in.

Where airline loads have been trimmed due to the virus, Selden says, Hartsfield is seeing a growth in cargo shipments, especially Amazon.

Still, the bread and butter are the travelers.

Tips for flying during pandemic

If you plan on flying during the pandemic, here are some helpful tips to know and follow.

One woman from New York City said her mother told her to be careful travelling to Atlanta because the city is a hotspot for the virus.

"But we (new york) went through it," the arriving traveler said. "It wasn't that bad."