A landscaper is out thousands of dollars after thieves went into his garage and stole his tools. He thinks landscapers across metro Atlanta are being targeted.

DEKALB COUNTY, Ga. - A landscaper claims he’s out of thousands of dollars after three men stole his equipment from his garage. The entire incident was captured on several surveillance cameras.

Surveillance video shows what looks like three men making off with pricey lawn care equipment from a home in DeKalb County.

"I love what I do. It’s a passion of mine. I love transforming a yard into a masterpiece," Revon Jackson said.

It’s a devastating loss for Jackson who owns Jackson 360 Landscape.

"Saturday morning, when I was getting ready to go to work, I realized my garage door was open and raised, and all my landscaping tools were gone," Jackson said.

The tools that hang on the wall now are broken and useless.

The men caught on camera got away with thousands of dollars’ worth of gear ranging from blowers, trimmers, and chainsaws. 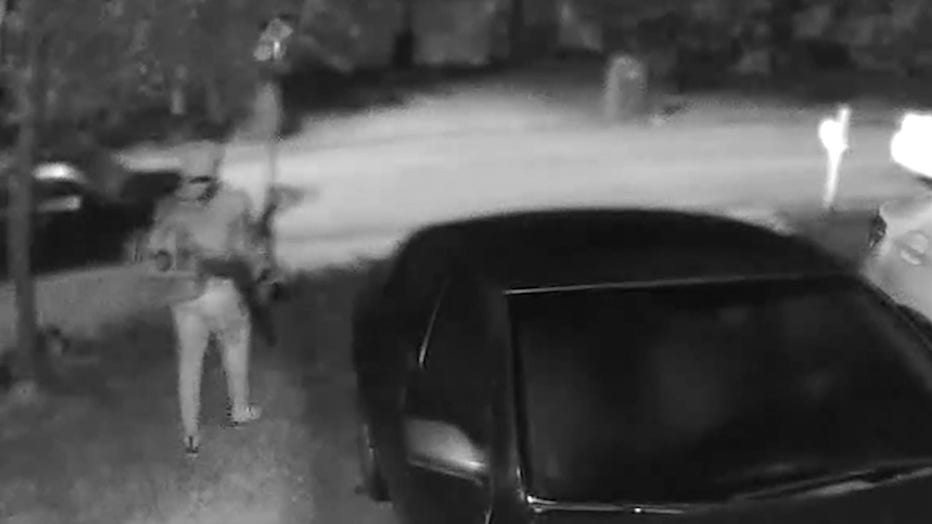 Video from surrounding homes show the men parked in a neighbor’s driveway and walked down the street to try to stay hidden.

"I felt violated because someone came into the home and my family was here. I was angry, furious and frustrated," Jackson said.

It’s not the first time for Jackson, who says someone took equipment from him two months ago from a truck in the backyard.

"It’s painful and hurtful knowing that you work hard and someone takes your stuff. That’s the frustrating part for me," Jackson said.

Jackson hopes someone will recognize the men in the video and come forward as he simply wants his tools back and has a message for others in the business.

"I recommend landscapers get chain link to tie their stuff down inside their property," Jackson said.

Anyone with information that can help in the investigation is asked to contact the DeKalb County Police Department.

Jackson is working to buy more equipment and has set up a GoFundMe account to help restart his business.