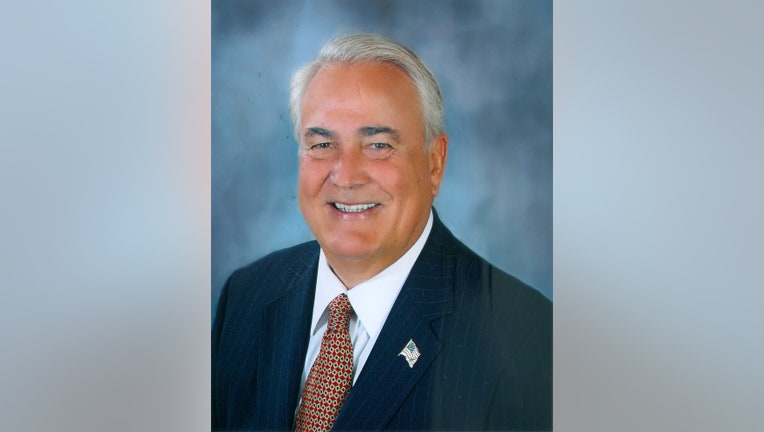 ATLANTA - A Republican some Georgians have never heard of was the most popular member of his party on the ballot this week.

Lauren "Bubba" McDonald won more votes than either David Perdue or Sen. Kelly Loeffler in Tuesday’s election to claim a fourth term on the Georgia Public Service Commission. McDonald defeated Democrat Daniel Blackman in a runoff after falling short of a majority in the November general election.

Running for the five-member utility regulator in a race that drew much less attention than the two nationally watched U.S. Senate contests, McDonald appeared to have won the ballots of a crucial faction of voters who crossed back over to the party after choosing the Democratic Senate candidates.

Starting out as a Democrat before becoming a Republican in 2004, the 82-year-old McDonald has been on the commission for 17 years and spent more than two decades before that in the General Assembly.

"I am an independent, conservative voice on the Georgia Public Service Commission," McDonald said Wednesday after The Associated Press declared him the victor. "I’ve built that identity over time."

The commission regulates the bills of privately owned utilities. Its main focus in recent years has been to authorize and then wrestle with the cost of Georgia Power Co.’s $25 billion plan to add two new nuclear reactors at Plant Vogtle near Augusta. McDonald has championed the plant, which customers are already paying for even though it isn’t operating. But he also has clashed with Georgia Power and other commissioners in an effort to limit its effect on power bills.

Blackman reported a late surge of cash in the runoff, but McDonald still outraised him by more than 2-to-1, taking in more than $400,000. Even that amount was negligible, however, compared to the hundreds of millions raised and spent by the Senate candidates. McDonald and Blackman sometimes spoke at joint events with the Senate candidates, but often as an undercard.

That doesn’t mean McDonald is isolated from national politics, though. In his victory speech in the early hours of Wednesday, he declared himself "real pleased" to have been recognized by President Donald Trump at a rally in Dalton on Monday.

"Back in 2015, I was the first and only statewide elected official to endorse Donald Trump," McDonald said.

Still, McDonald’s win is small consolation for the GOP amid the fallout from Tuesday’s election, with Democratic candidates the Rev. Raphael Warnock and Jon Ossoff defeating Loeffler and Perdue.

Republicans will keep all five seats on the commission, where candidates represent districts but run statewide for six-year terms. McDonald will represent a district that includes Augusta, Gainesville, Rome and areas north to the state line.

Political consultant Brian Robinson said McDonald’s victory demonstrates that a Republican can still win a "generic ballot" statewide race, when party identification is the main thing a voter knows about a candidate.

"But that’s probably not totally fair to Bubba, who’s been around a long time and has his own brand," Robinson said. "Probably enough people know him or have met him to give him some extra margin."

It also might not hurt to have a catchy Southern nickname. As Trump said in his Dec. 5 rally in Valdosta, "Bubba McDonald. I like that name."

"People might remember that name, but they’d never heard of his Democratic opponent," Robinson said.

Blackman accused McDonald of not doing enough to increase renewable energy, help customers pay their bills and make Georgia Power shareholders pay to clean up coal ash ponds instead of putting the cost on customers. He also attacked him over the costs of Vogtle.

McDonald said he ran again because he wanted to see the nuclear plant through. He said the plant will reduce emissions and help enable further expansion of solar energy.

"Nuclear energy is going to be the best thing for my children and grandchildren for the next 80-100 years," McDonald said.

The plan to add a third and fourth nuclear reactor at Plant Vogtle survived a cost-overrun scare in 2018 with the heavy support of the state’s Republican establishment.

McDonald told voters that he had correctly balanced the interests of customers and utilities, although he was outvoted in 2019 when he wanted a smaller rate increase for Georgia Power. Blackman said he wanted to shift some of the cost burden of Vogtle back to the utility.

McDonald said he favors a market-based approach to solar and other renewables. He also argued that people facing high bills have enough assistance and said customers should pay to clean up coal ash since they used the electricity generated from the coal.