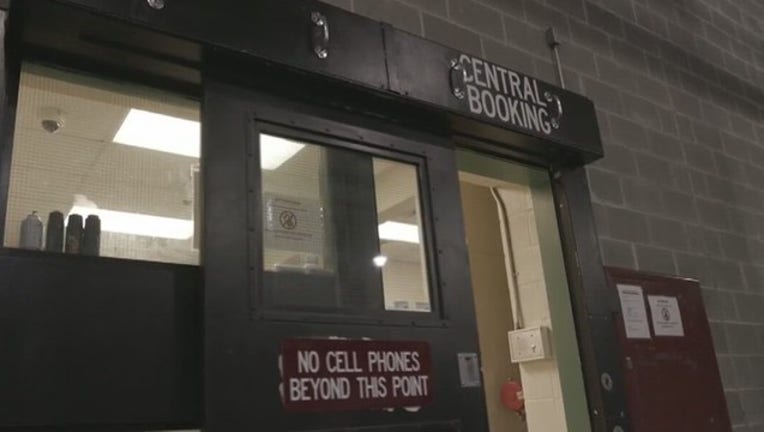 HOUSTON (AP) - About 1,000 inmates sensitive to heat will be temporarily moved from a sweltering Southeast Texas prison without air conditioning to other state prisons to comply with a judge's order, the Texas Department of Criminal Justice said Thursday.

In a 12-page filing to U.S. District Judge Keith Ellison, the Texas Department of Criminal Justice said inmates whose health is worsened by heat over 88 degrees (31.11 Celsius) will be moved from the Pack Unit prison to state prisons that have climate-controlled, air-conditioned housing.

The department also said it would post signs around Pack Unit to inform inmates and officers where in the prison they can find respite if they become ill from the heat.

Ellison said last month that the prison system was "deliberately indifferent" to the heat risks. His preliminary injunction did not require the prison agency to install air conditioning in areas where heat-sensitive inmates are housed at the Pack Unit, about 65 miles (104.6 kilometers) northwest of Houston, but said those inmates needed to reside where temperatures are no higher than 88 degrees (31.11 Celsius) by reconfiguring areas already cooled.

The judge also said the heat-threatened inmates could be moved to other prisons around the state, the step the prison agency is taking. "Other options were considered but determined not to be practical or their effectiveness could not be guaranteed," prison system spokesman Jason Clark said in a statement.

"Adding temporary air conditioning in a prison not built for AC would be costly, and it's unknown whether untested equipment would bring the heat index to a level required by the court," he said.

The inmate transfers would be temporary because the facilities receiving them lack the infrastructure required long term, Clark said.

The judge's order, resulting from a lawsuit by six inmates who argued the intense heat at the Pack Unit threatened their health and violated their constitutional rights against cruel and unusual punishment, covered hundreds of the unit's nearly 1,500 inmates who already have a variety of health conditions or are at least 65 years old. More than 700 inmates, for example, have high blood pressure, according to court documents.

Evidence presented to the court during a nine-day hearing in June showed the heat index at the prison, the combination of temperature and humidity, topped 100 degrees during 13 days in 2016, and was between 90 and 99 degrees on 55 days. On July 19, the date of Ellison's ruling, it was 104. On Thursday, it was in the mid-90s with a heat index of more than 100.

Prison system officials argued they provide inmates with showers, fans and ice water, other ventilation, unlimited rest periods in air-conditioned areas and education concerning heat precautions. The prison infirmary at the Pack Unit is air conditioned along with administrative offices, visitation areas, the education department, the barbershop and a small portion of the prison craft shop, although housing areas are not.

Records show 23 Texas inmates have died of heat stroke since 1998, although no heat-related deaths have occurred at the Pack Unit, which was built in 1983. Texas has 106 prisons, 28 of them fully air conditioned.

Under the injunction, the prison agency also was told to install screens on windows in housing areas to keep out insects and develop a heat wave policy for the Pack Unit.

In a statement, the inmates' attorney, Jeff Edwards, called the state's proposal "a common-sense victory" that still falls short of a long-term solution to a long-ignored problem.

A hearing on the case is set for next week so attorneys for the inmates can respond.

The state has said it will appeal Ellison's ruling to the 5th U.S. Circuit Court of Appeals.

The prison agency had "substantial precautions ... in place to protect inmates from the summer heat," according to Texas Attorney General Ken Paxton. He also said Texas taxpayers "shouldn't be on the hook for tens of millions of dollars to pay for expensive prison air conditioning systems, which are unnecessary and not constitutionally mandated."