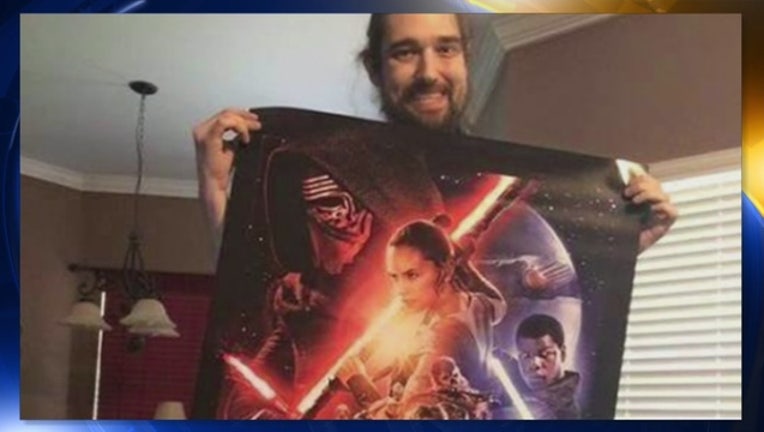 Daniel Fleetwood is a huge Star Wars fan. He also has terminal cancer and didn't know if he would be alive for the release of the new film in the franchise The Force Awakens. He took to social media in hopes to get a private screening.

Some of the stars of the movie, including Mark Hamill retweeted a post about the campaign with the hashtag #ForceForDaniel.

On Facebook, his wife posted that "wonderful Disney and Lucasfilms made his final dream come true" and that Daniel saw a version of the film.