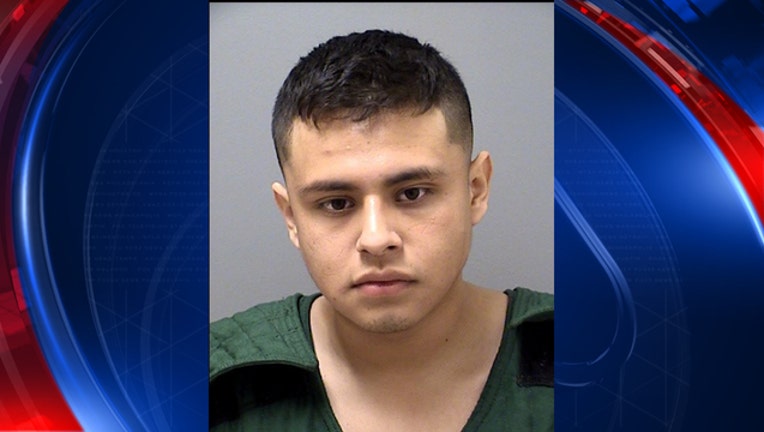 CANTON, Ga. (FOX 5 Atlanta) - Deputies in Cherokee County have arrested a 19-year-old California man for the stabbing of three people in Canton.

Officials told FOX 5 deputies were called to a stabbing shortly after midnight on Saturday to a home on Bethany Manor Drive.

When they got to the residence, the deputies found three males who were living at the location all suffering stab wounds.

Deputies arrested 19-year-old Vista, California resident Eric Cruz. Investigators believe Cruz was in a relationship with one of the victims, got into an argument, and stabbed the three men.

Medics rushed the three men to Wellstar Kennestone Hospital. They say one of the men have been released. The other two remain in the hospital in serious condition.

Cruz is in custody at the Cherokee County Adult Detention Center charged with three counts of aggravated assault.