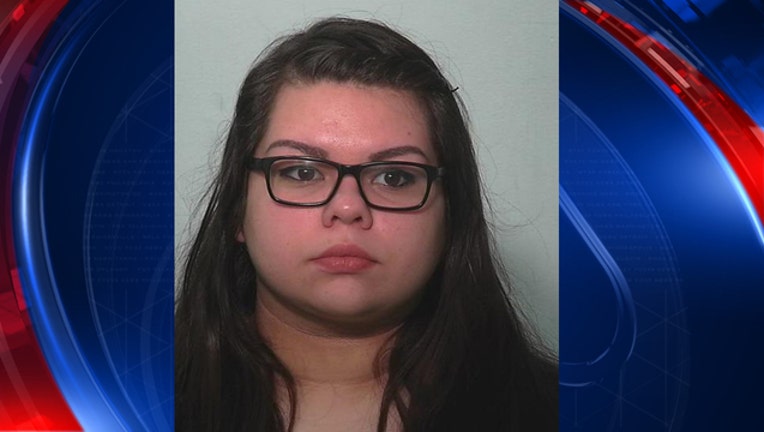 FORT WAYNE, Ind. (AP) - An Indiana woman upset at having to share her mother's home with her brother's new family is accused of trying to kill her infant niece by putting pain relief medication in a bottle of breast milk, authorities said.

Sarai Rodriguez-Miranda, who was charged Monday with attempted murder, remained at large Thursday. Police believe the 19-year-old woman fled to Michigan after learning she was under investigation in the alleged January poisoning attempt.

The baby was not harmed, but the milk stored in a refrigerator contained the equivalent of nine Excedrin tablets or capsules, enough to kill an adult, according to court documents.

Authorities allege that Rodriguez-Miranda was angry that her brother, his fiance and their daughter had been staying with her and her mother at their Fort Wayne home, and that her mother had agreed to allow them to stay longer.

In January, her mother found text messages on the cellphone she and Rodriguez-Miranda shared in which her daughter told her own boyfriend about her attempts to kill the then-11-week-old girl.

"I'm gonna crush up some of these pills since she decided they can stay longer and kill their baby," Rodriguez-Miranda allegedly wrote in a Jan. 12 text.

In other texts, she wrote "I hope she dies" and told her boyfriend that, "I thought it was funny that I don't have an ounce of guilt." One of the text messages included a photo of a mortar and pestle with a white powder.

After reading the texts, Rodriguez-Miranda's mother took screen shots of the text messages and checked two bottles of breast milk kept in the home's refrigerator. She found that one bottle contained milk darker than the other and had residue at the bottom of the bottle and a greenish-colored ring.

The mother told police she had not used either bottle to feed the child, but she took the infant and the child's mother to a hospital emergency room. No signs of poisoning were detected in the baby.