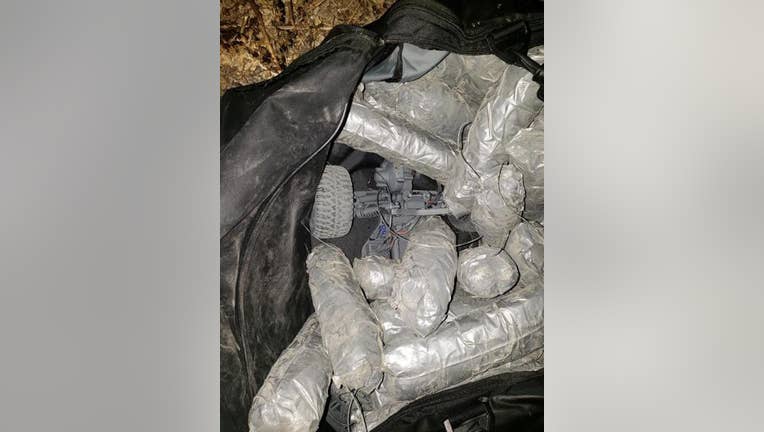 NEW YORK - U.S. Border Patrol agents in California arrested a 16-year-old who they say was using a remote-controlled car to transport methamphetamine across the border from Mexico.

It happened on Sunday, Nov. 17, at about 12:30 a.m.  Border Patrol agents saw someone with two duffel bags walking along a border wall ducking in-and-out of view.  An agent notified other agents in the area, who responded to the area.

One of the agents spotted the teen hiding in thick brush near the border.  They say the 16-year-old U.S. citizen had a remote-controlled car and two large duffel bags.

The agent found 50 packages of methamphetamine.  The teen was arrested and taken to a nearby station to face drug smuggling charges.

The methamphetamine bundles weighed 55.84 pounds and have an estimated street value of $106,096.

Agents foiled a similar event in 2017 that used a remote-controlled drone to smuggle narcotics across the border.   A 26-year-old was sentenced to 12-years in prison in that case.