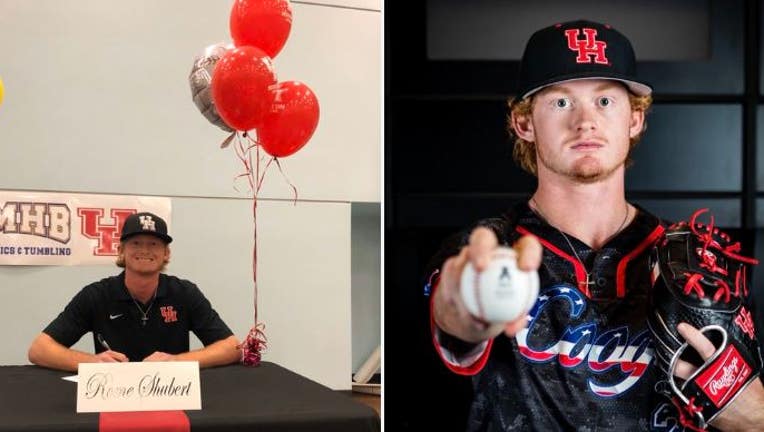 SANTA FE, Texas - A Santa Fe High School athlete who survived the deadly shooting in May 2018 is set to play baseball at the University of Houston.

Rome Shubert was one of 13 people that were injured in the shooting that killed 10 people. The athlete was shot in the back of the head.

Now, Rome has announced that he will be signing to UH's baseball team.

"Blessed to be signed to the University of Houston. Can’t wait to continue to play baseball at the next level. Thank you to everyone who has supported me along the way. Go Coogs!" he said in a tweet on Wednesday.

“I was sitting, doing my work and he walked in, tossed something on the desks behind me and then three loud pops and I jumped under my table and flipped it in front of me, and I guess he ran out in the hall,” Shubert told FOX 26 in May 2018, shortly after the shooting. “I took off out the back door and when I was running I realized I was shot in the back of the head.”

He says he is grateful for the outpouring of support.