A police officer, a firefighter and a bystander team up to save a Floyd County teen from a fiery crash over the weekend.

FLOYD COUNTY, Ga - A police officer, a firefighter, and a bystander all come together to save a teen after a fiery car crash.

Floyd County police said four people were in a pickup, driving down Highway 53 on Saturday night when they were hit by a wrong-way driver. Three of them managed to get out, but a teenage girl was trapped in the truck.

PFC Puckett said he cut the seatbelt but still couldn't free the teen.

"I looked through the front passenger window and noticed her feet were pinned by the dashboard," said Harrison Booker who had been driving by and saw the crash. 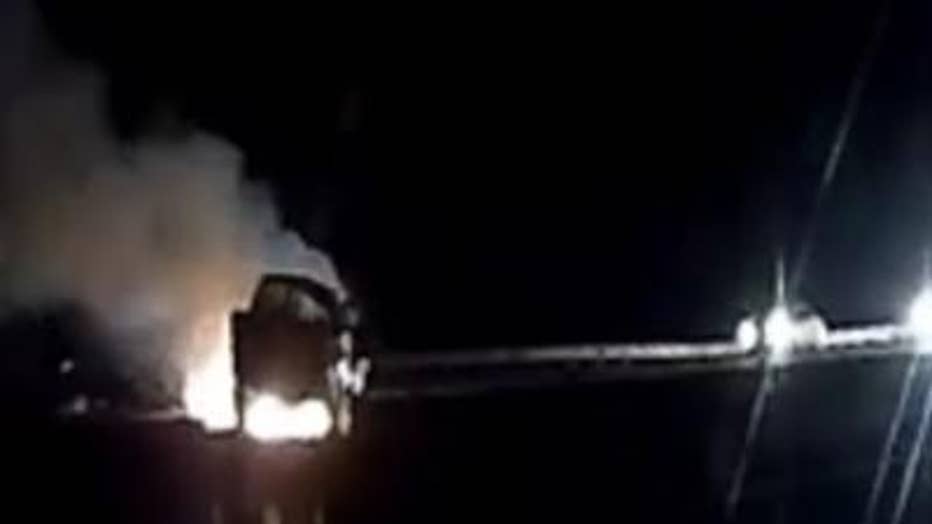 Booker reached into the truck and dislodged the girl's legs so the officer could pull her out. As they worked, the fire was raging around them.

"The windshield fell in on the truck, flames started coming in the cab. I grabbed my fire extinguisher and was supporting her upper body while fighting the fire over her," said Puckett.

Floyd County Fire Captain Matt Evans pulled up and gave them a hand.

"As soon as she came out, we turned around, the whole cab was on fire seconds later," said Capt. Evans.

The girl, along with the three others in the truck, and the driver of the other car were all rushed to the hospital. Capt. Evans said a lot of people working together, and being in the right place at the right time, helped save the teen's life.

"A lot of small things made this happen thanks to the Grace of God," said Capt. Evans.

Capt. Evans said there were a lot of people out there helping Saturday night, including an off-duty paramedic and a number of witnesses. Anyone who was out there, the police would like to know. They ask that you email them at police@floydcountyga.org.

Police said the driver of the car will be charged once he is released from the hospital.